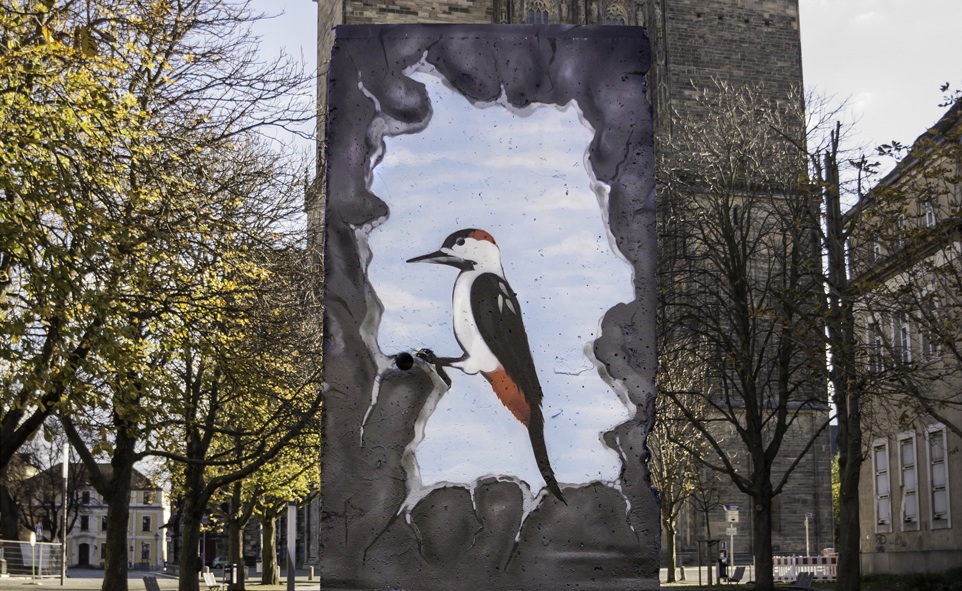 Location: close to the cathedral

On the occasion of the 20th anniversary of the fall of the Wall, the Axel Springer SE donated a segment of the Berlin Wall to each federal state. Saxony-Anhalt’s segment was erected in November 2009 close to the cathedral of its capital Magedburg. Due to vandalism the segment had to be redesigned in 2013. The new artwork was done by Christoph Ackermann, a local artist and designer.

Broken elements of a wire mesh fence give the outline of the still divided Germany. The wire ends become blooming branches in the upper part of the picture. On top, there is an open birdcage in the branches. The exempted dove gets rid of its chains as a symbol of peace.
The woodpecker is a tribute to Berlin Wall artists. It has carved out a hole in the Wall with the outlines of a united Germany. The lower part of the picture gives the impression as it had been painted with a paint roller. In addition, the slogan “Wir sind das Volk!” (we are the people) is sprayed on. (source: Christoph Ackermann/In die Fluten)