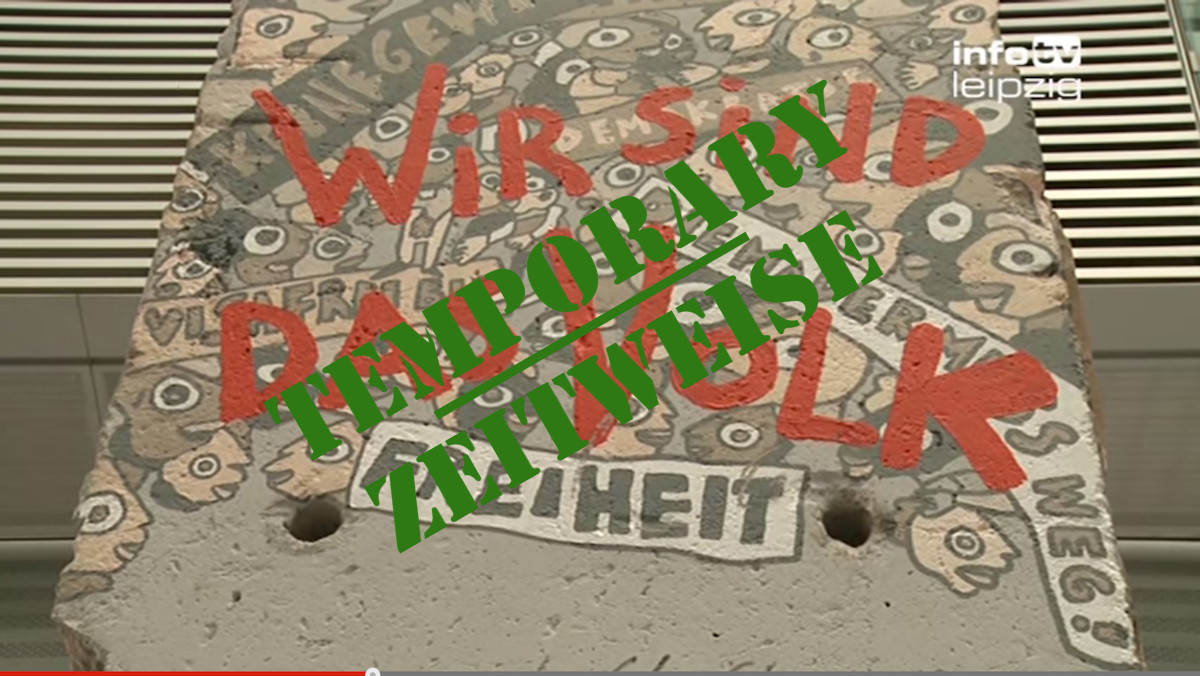 On occasion of the 20th anniversary of the fall of the Wall, the Leipziger Verbundnetz AG, a natural gasoline supplier, has bought a segment of the Wall, which was signed by Helmut Kohl, Michail Gorbachev und George Bush sen., the Fathers of the Unity.

On occasion of an early celebration of the 25th anniversary of the fall of the Wall  this segment was sent on its way from Leipzig to Washington.

The Wall Net > The Berlin Wall in... > Germany > Sachsen > Leipzig/Washington