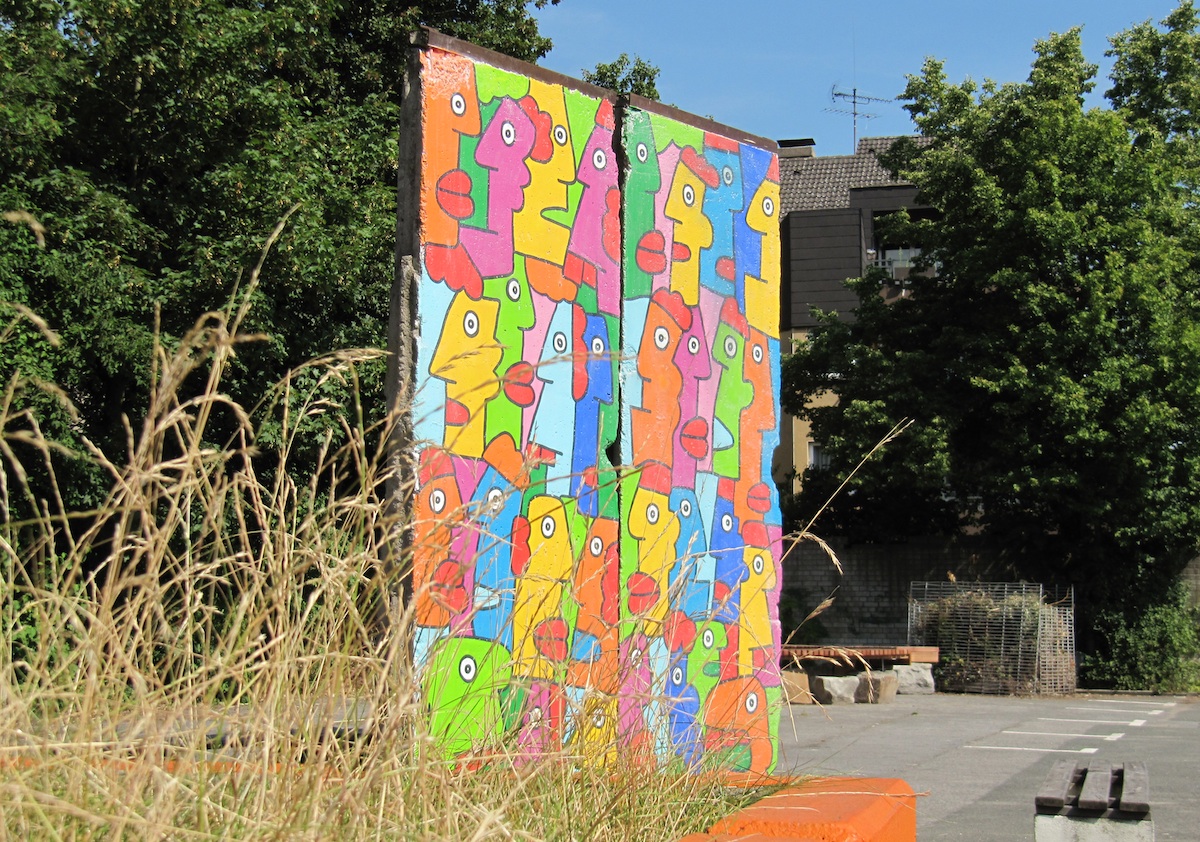 Witten owes the Wall segments to the Bildungs- & KulturInitiative: As part of artistic and cultural projects, that sets an example for Europe in the Ruhr region, three Wall segments came to the Ruhr area in 2010. After arriving, they were painted in a joint action by Thierry Noir, one of the Wall art pioneers, and Witten grammar-school pupils.

Noir painted his side in his typical imagery. The pupils decided to paint their side with a sausage and ketchup – food as a unifying element.

The resulting three-part Wall sculpture tribute to the young generation is meant as a timeless symbol of the peaceful revolution, freedom and responsibility across all borders.

Photo above and background:
© AMG Witten Mauerteile” by Vic dorn – Own work. Licensed under CC BY-SA 3.0 via Wikimedia Commons.