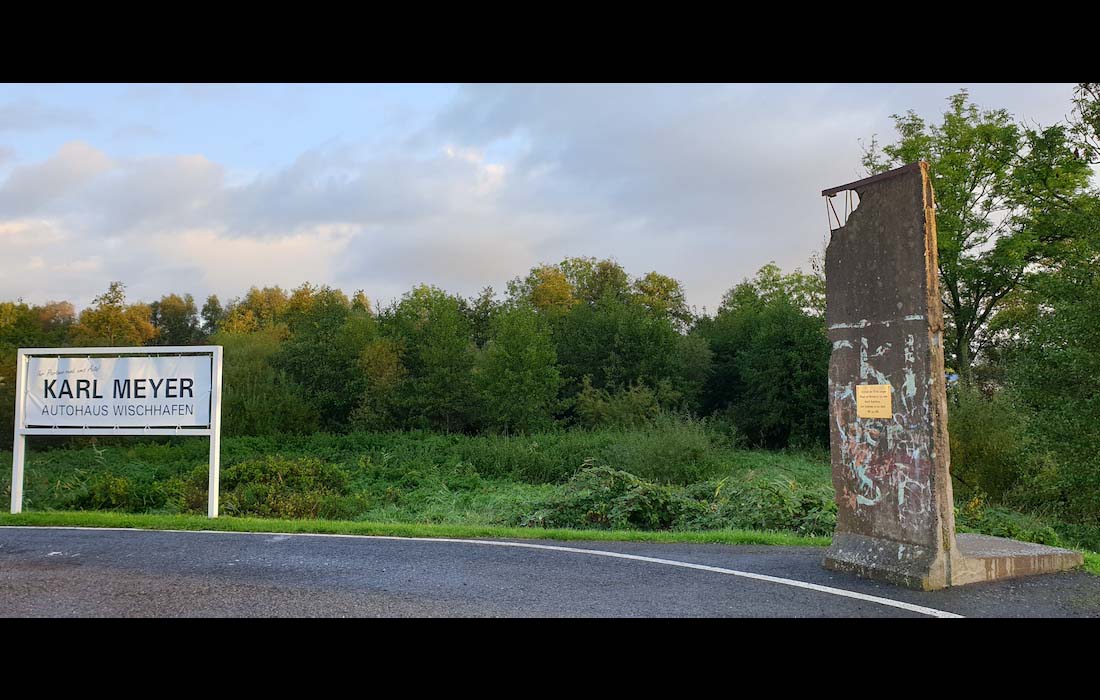 The company premises of Karl Meyer Rohstoffverwertung were originally located in Köpeniker Straße in Berlin Kreuzberg, a stone’s throw from the Spree and the border to East Berlin.
By now, however, the wholly owned subsidiary of Karl Meyer AG has moved.

Immediately after the fall of the Wall, the then owner Norbert Meyer, who died in 2011, secured a segment from the Berlin Wall. A company-owned truck brought the historic piece to Wischhafen.

Since then, the artefact, which has a brass plate, has been standing on the company’s premises on the Elbe.

(Part of the 161 km long wall around West Berlin from the Kreuzberg district. In commemoration of the years 1961 to 1989)

Photo above and background:
Courtesy by ©Karl Meyer AG