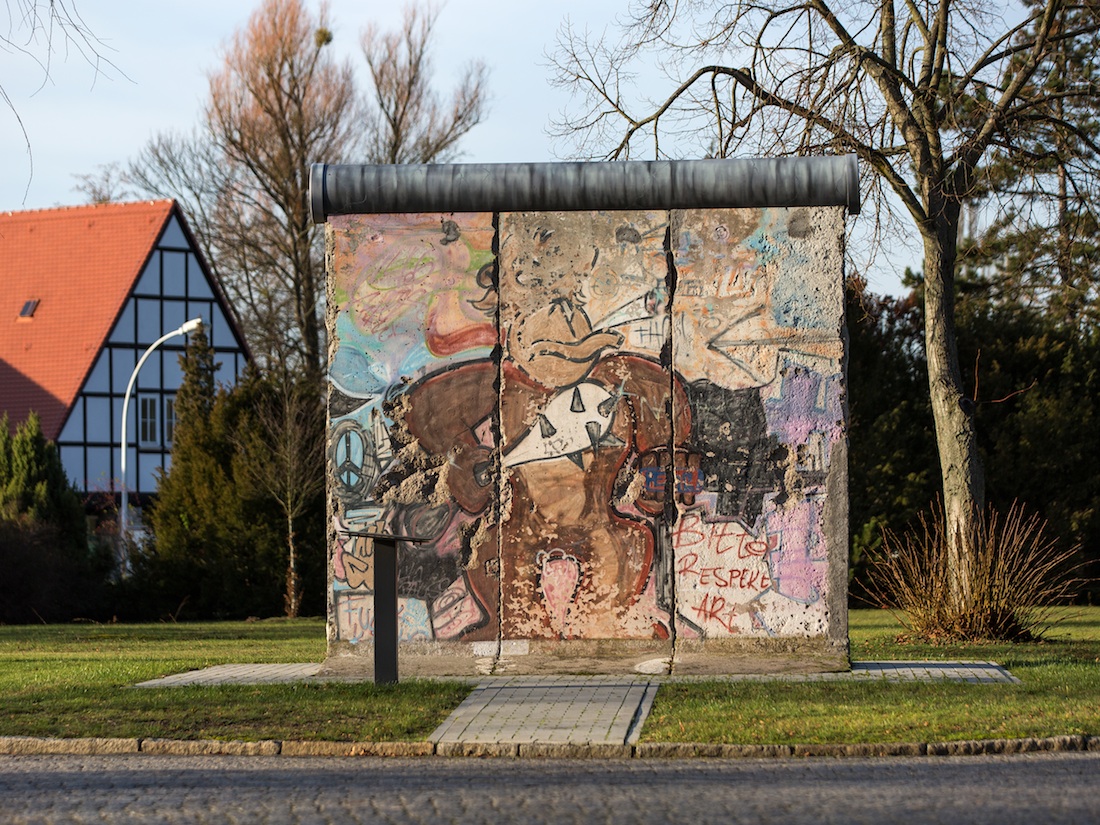 In autumn 1990, the command of the demolition of the inner-German border fortifications changed from the National People’s Army to the Bundeswehr. As a result, Wall memorials were erected at numerous military bases in Germany. So in Strausberg, east of Berlin, in the Von-Hardenberg Barracks.

From 1945 to 1954, these barracks were quarters to the Soviet Army. Afterwards it were used by the command of the Kasernierte Volkspolizei (KVP), which was part of the Ministry of the Interior of the German Democratic Republic. In 1956, the Ministry of National Defense emerged from the KVP. Strausberg obtained capital functions.

On October 3rd, 1990 the Bundeswehr took over the barracks. In 2012, the Army Command moved in. Formerly known as Struzberg and Liegenschaft Strausberg-Nord, the barracks were renamed as Von-Hardenberg-Kaserne in 2014. (Source: Garnisonsstadt Strausberg)

Photo above and background:
© Bundeswehr/Dorow