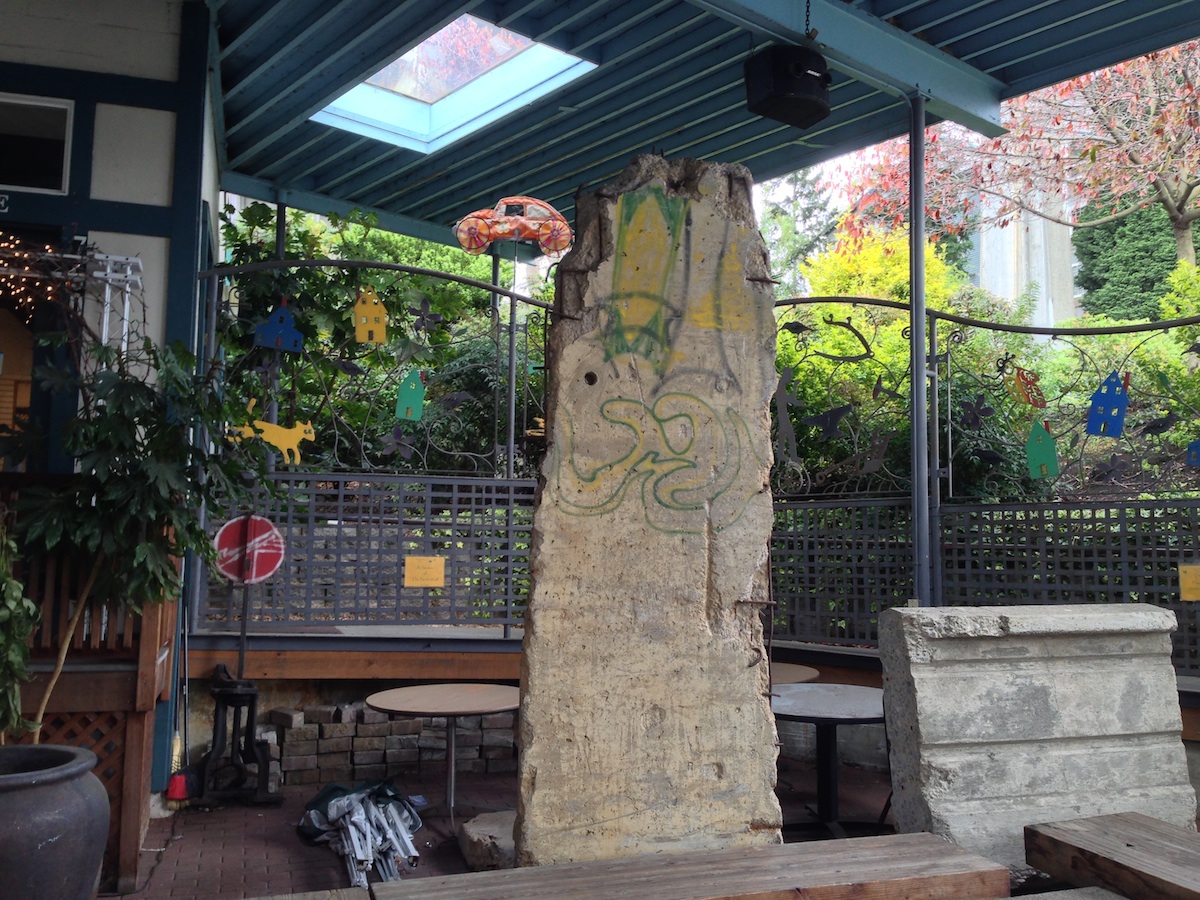 The History House of Greater Seattle is actually devoted to the diverse life in and around Seattle – in the past, in the present and in the future. Arts, humanities and technology are the spectrum of the numerous exhibits and activities.

Thanks to a donation of the Australian entrepreneur Carl Asmus, a Wall segment has been on exhibition since the beginning of 2000. It was presumably acquired in 1990 at a mid-six-figure amount.

The History House at 37th Street/Troll Av. was demolished in 2016/2017. Instead a modern office block was built. The Wall segment was set up again in front of it. A plaque explains: This piece of Berlin Wall arrived in Fremont in 2001 to commemorate the role of Seattle and Boing’s C-47 in the Berlin Airlift of 1948.

Photo above and background:
© by WingsOfMan. Licensed under CC BY-NC-SA 2.0