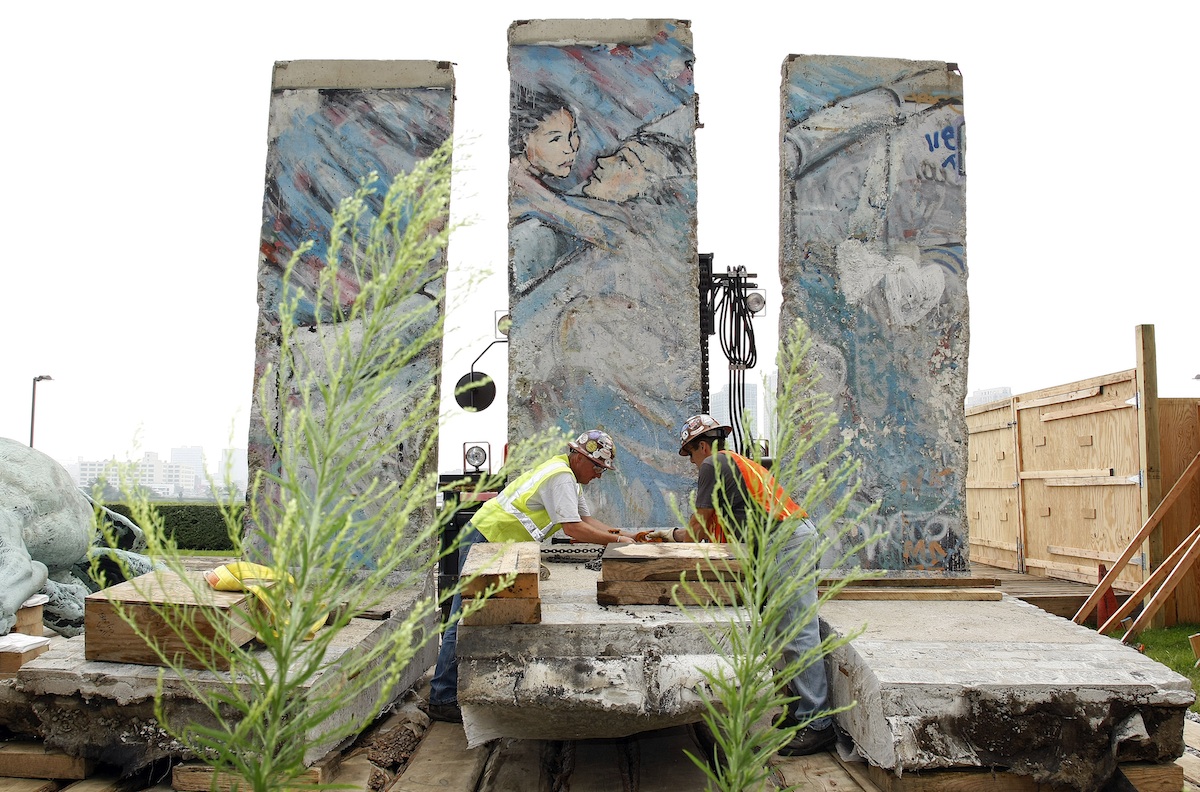 Location: besides the UN building

A fragment of the Cold War hardly could be established more symbolic: to remind and to give hope on the grounds of the United Nations in New York.

The ensemble with a graffito by Kani Alafi is a gift from the city of Berlin to Kofi Annan, on the occasion of his visit to Berlin as UN Secretary General in 2001. In April 2002 Wolfgang Thierse, President of the German Bundestag, joined the inauguration ceremony, Kofi Annan thanked the Government and the people of Germany

The capstone with the inscription Trophy of Civil Rights was originally part of a Wall section at Potsdamer Platz, which was painted by Thierry Noir.

The Federal Republic of Germany presented a gift of three segments of the “Berlin Wall” to the United Nations today. Secretary-General Kofi Annan (right) and the President of the German Bundestag, Wolfgang Thierse, at the presentaion ceremony in North Garden. 04 April 2002 © by UN Photo/Evan Schneider

Construction workers secure the chains around the Berlin Wall monument for relocation in preparation of the construction of the Capital Master Plan. 15 August 2008 © by UN Photo/Paulo Filgueiras

Photo above and background:
© by UN Photo/Paulo Filgueiras