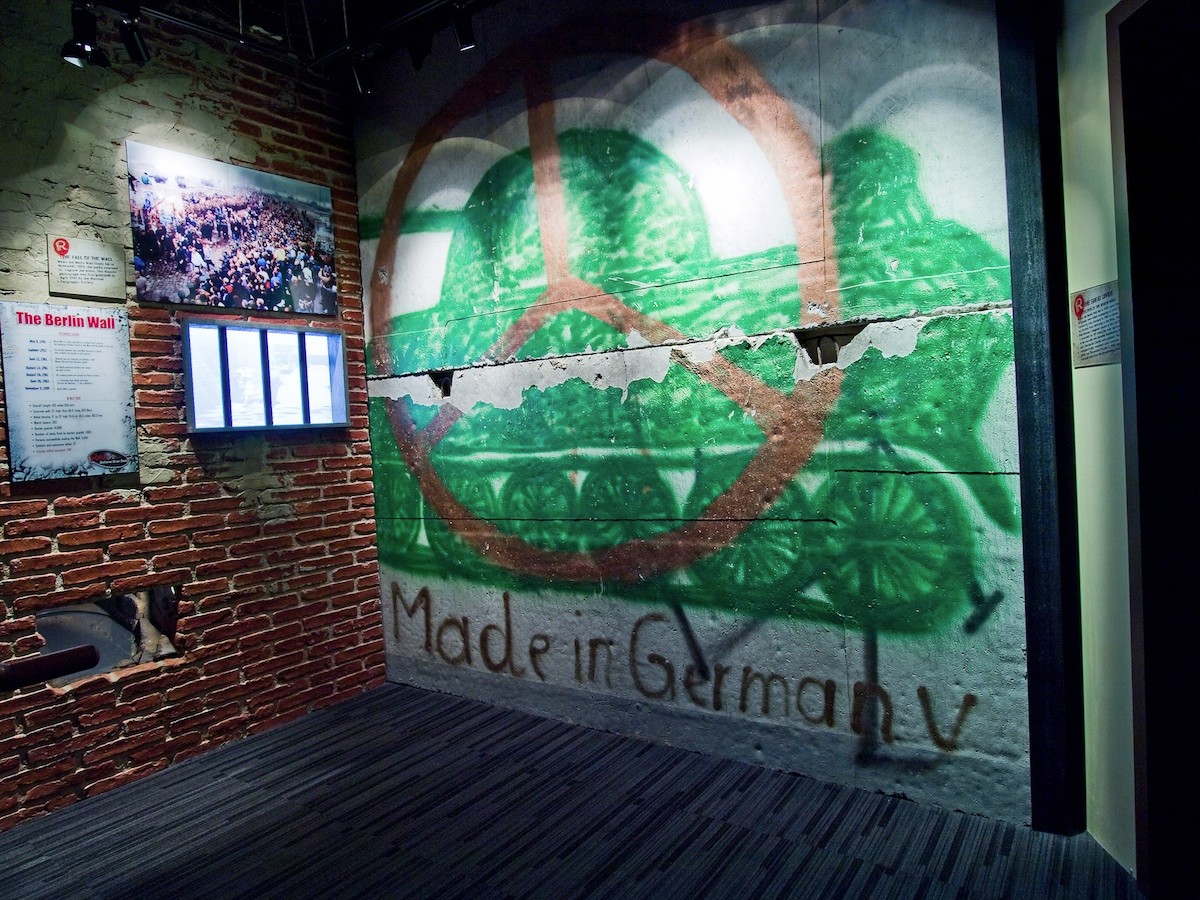 Location: Ripley’s Believe It Or Not!, Times Square

Several elements of the Hinterlandmauer

After the fall of the Wall, Ripley’s acquired 32 pieces of the Hinterlandmauer. In the Orlando headquarter 16 exhibits were built of it, which are on display at various odditories now: Orlando, Ocean City, Panama City, Atlantic City, Gatlinburg, Hollywood, Memphis, Niagara Falls, San Antonio, Amsterdam, London, Genting Highlands

Photo above and background:
“Ripley’s Times Square Berlin Wall” by Dthompsy – Own work. Licensed under CC BY-SA 3.0 via Wikimedia Commons.