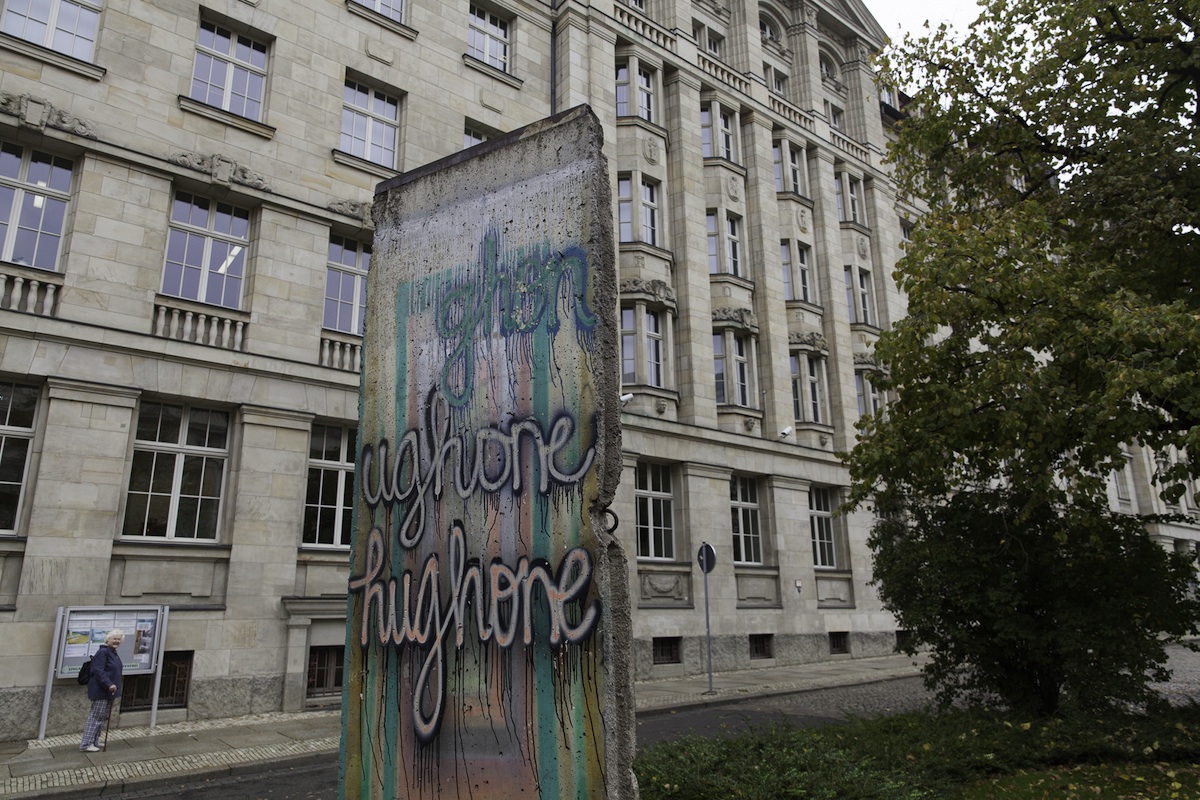 Location: in front of the Museum in der Runden Ecke

On the occasion of the 20th anniversary of the fall of the Wall, the Axel Springer SE donated a segment of the Berlin Wall to each federal state. Saxony’s segment was erected in the city of Leipzig in front of the Museum in der Runden Ecke.

For 40 years the building was home of the Leipzig District Administration of the State Security (known as Stasi) before it was turned into the memorial In der Runden Ecke. Now visitors can learn about the function, working methods and history of the Ministry of State Security directly in the former bureaus of Stasi officers.

The memorial and museum is operated by the Bürgerkomitee Leipzig e.V., which arose directly from the peaceful revolution. The focus of the Bürgerkomitee and the memorial is on political and educational work to keep the memory of the dictatorship alive. It is dedicated to the value of freedom and self-determination and raises the awareness of the dangers of totalitarian ideologies. (Source: http://www.runde-ecke-leipzig.de/)

Photo above and background:
© Christoph Ruhrmann/TRNDLB