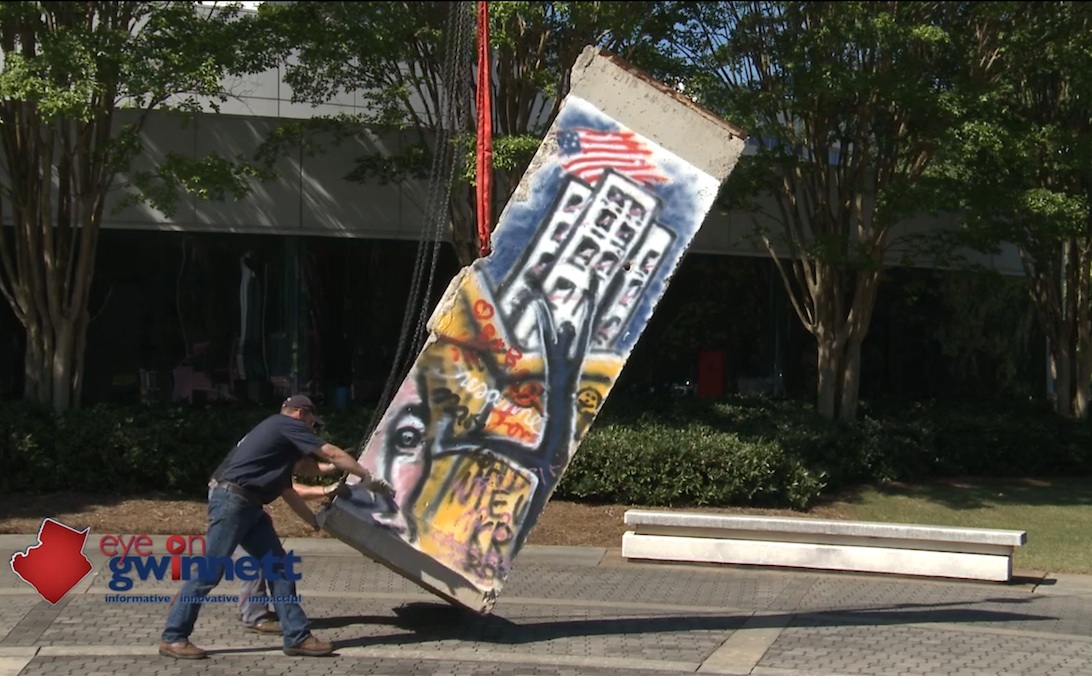 In 2013, Ray Stanjevich auctioned a segment of the Berlin Wall for $ 23,500. The Wall segment was part of the remaining assets of a convicted financial fraudster. Initially Stanjevich didn’t know where to display the stony witness until he loaned it to the Gwinnett Justice and Administration Center in fall 2014. There it is on public display in front of the building and reminds to appreciate the freedom, which is not always self-evident.

Stanjevich was born during the Cold War in Montenegro and immigrated with his anti-communist parents to the United States in 1971. Along with Suzanne Cartwright, whose mother came from Germany, Stanjevich had set up the restaurant chain Friends American Grill with several branches in Gwynett County.

Photo above and background:
© Still from vimeo clip