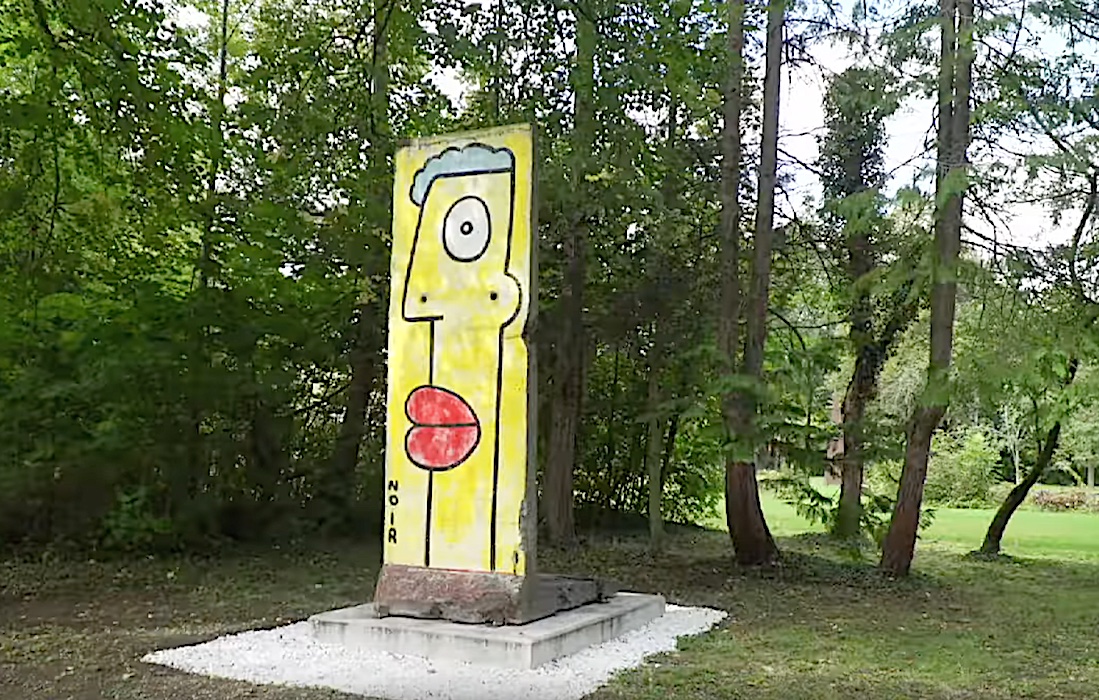 In September 2020, on the anniversary of German reunification, the Kester Haeusler Foundation erected and inaugurated a segment of the Berlin Wall. It will be placed in the Foundation’s garden as a document of contemporary history to commemorate the division and reunification of Germany. Speakers at the inauguration included Manfred Walther, who was the last acting justice minister of the GDR on a provisional basis until October 3, 1990. The mural was created by Thierry Noir.

The Kester Haeusler Foundation, which has existed since 1988, has dealt intensively with GDR injustice and German-German history since the fall of the Wall in 1989. Numerous lectures took place among other things with the former Prime Ministers of Thuringia Dr. Bernhard Vogel and Saxony Prof. Kurt Biedenkopf, as well as the last Prime Minister of the GDR Lothar de Maizière and the then Chancellery Minister Dr. Rudolf Seiters. Many contemporary witness projects for schoolchildren from Fürstenfeldbruck and the district were organized by the Foundation in cooperation with the association Gegen das Vergessen Für Demokratie (Against Forgetting For Democracy), founded by Federal President Joachim Gauck.

The Wall Net > The Berlin Wall in... > Germany > Bayern > Fuerstenfeldbruck, BY