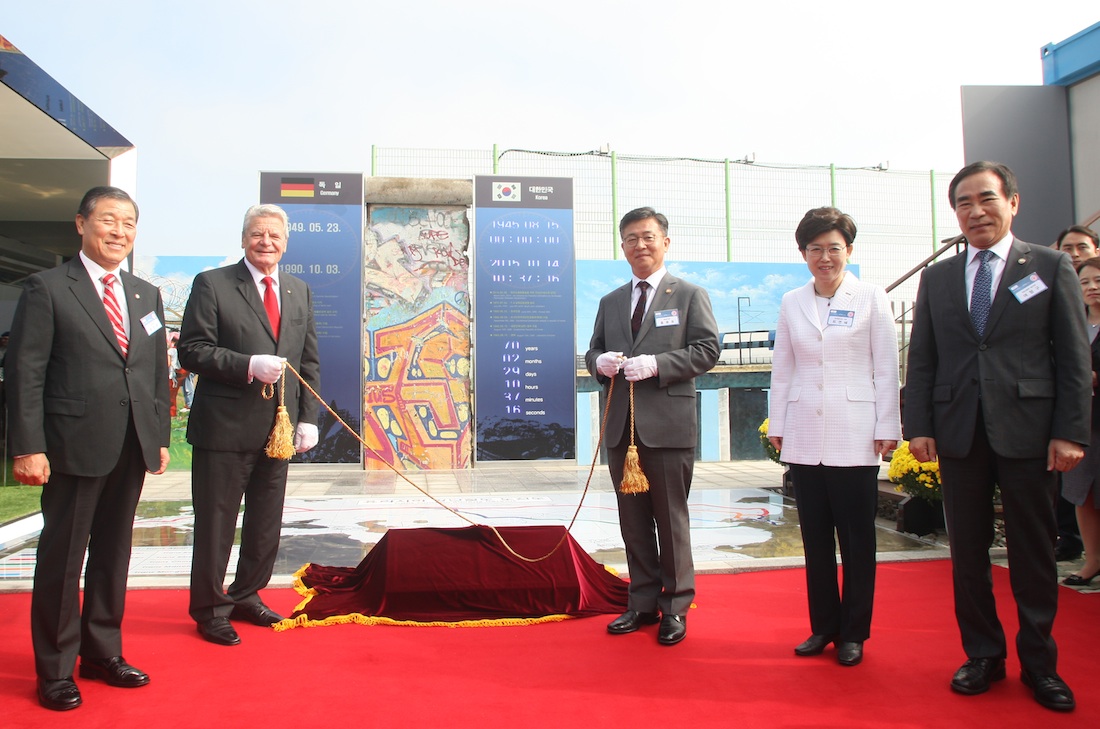 Dorasan is the northernmost station of the South Korean railway company KORAIL, just a few kilometers away from the inner-Korean border. An ideological barrier runs right through a common history, tradition, culture and language since 1948.

At some sites in South Korea parts of the Berlin Wall are urging to overcome the ideological division; although on the Unification Platform in Dorasan since Octobre 14, 2015. On that day, German President Joachim Gauck and South Korea’s Ministre of Unification Hong Yong-pyo unveiled a plaque with the engraved German and Korean words: To find and create a life of freedom together.

Among many objects, which represent the division of Germany, there is also a unification time wall, which express’ Korean’s people wish of unification. Panels next to the Wall segment illustrate, that Germany’s division has ended and Korea’s separation is still continuing.
But an inter-Korean railway could act as a catalyst for unification, explains KORAIL’s CEO Choi Yeon-hye, who joined the ceremony on the Unification Platform.

Photo above and background:
© Auswärtiges Amt