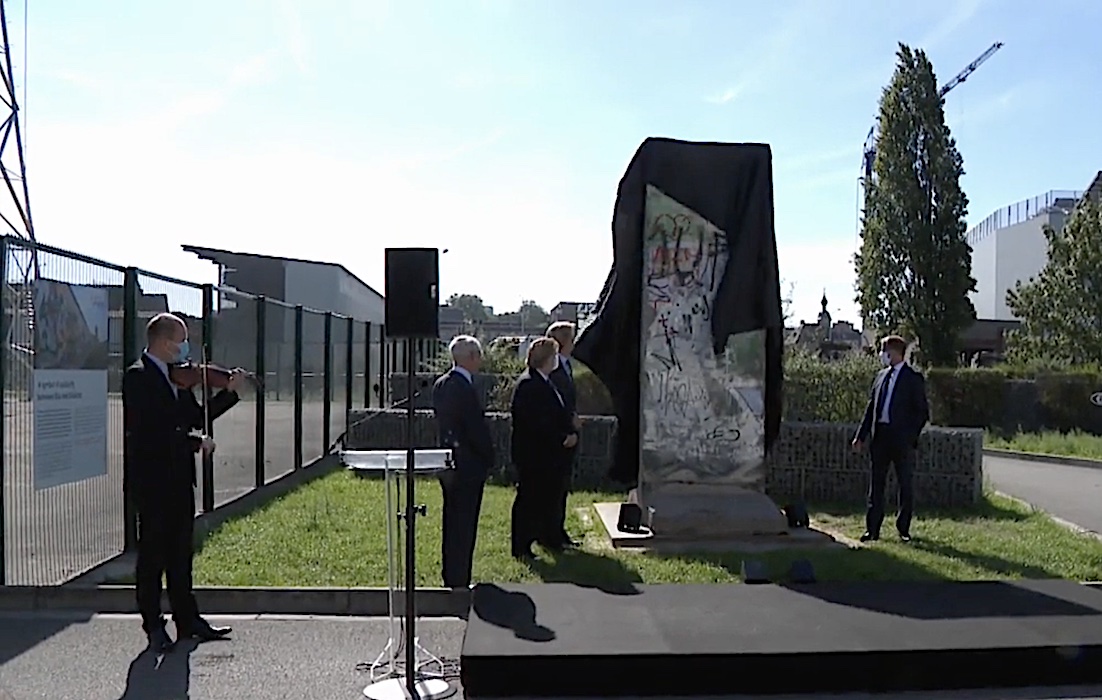 Former President of the European Council and Prime Minister of Belgium, Herman Van Rompuy, together with the German Ambassador, Martin Kotthaus, and other dignitaries have unveiled a fragment of the Berlin Wall at Elia’s site in Schaerbeek. The Belgian system operator bought the piece of the Berlin Wall early 2020 at a charity auction at BRAFA, the celebrated Brussels art and antiques fair. The other at BRAFA auctioned segments are now in Ostende (Belgium), Rotterdam, (The Netherlands), and Dublin, (Ireland).

The proceeds from the purchase will go to Kom op tegen Kanker, a Belgian charity that funds cancer research.

For Elia Group, the purchased fragment symbolises the cooperation and mutual solidarity between Elia and 50Hertz, which have their head offices in Brussels and Berlin respectively. Chris Peeters, CEO Elia Group: „While the wall was a symbol of division, for us it is now a symbol of unification, cooperation, stronger leadership and a positive vision for the future. We fully support the ambitions of the European Green Deal for a carbon-neutral society, and this is indeed what unites us within Elia Group: we want a better
future for our children and grandchildren.“

Photo above and background:
© Still from YouTube-Clip