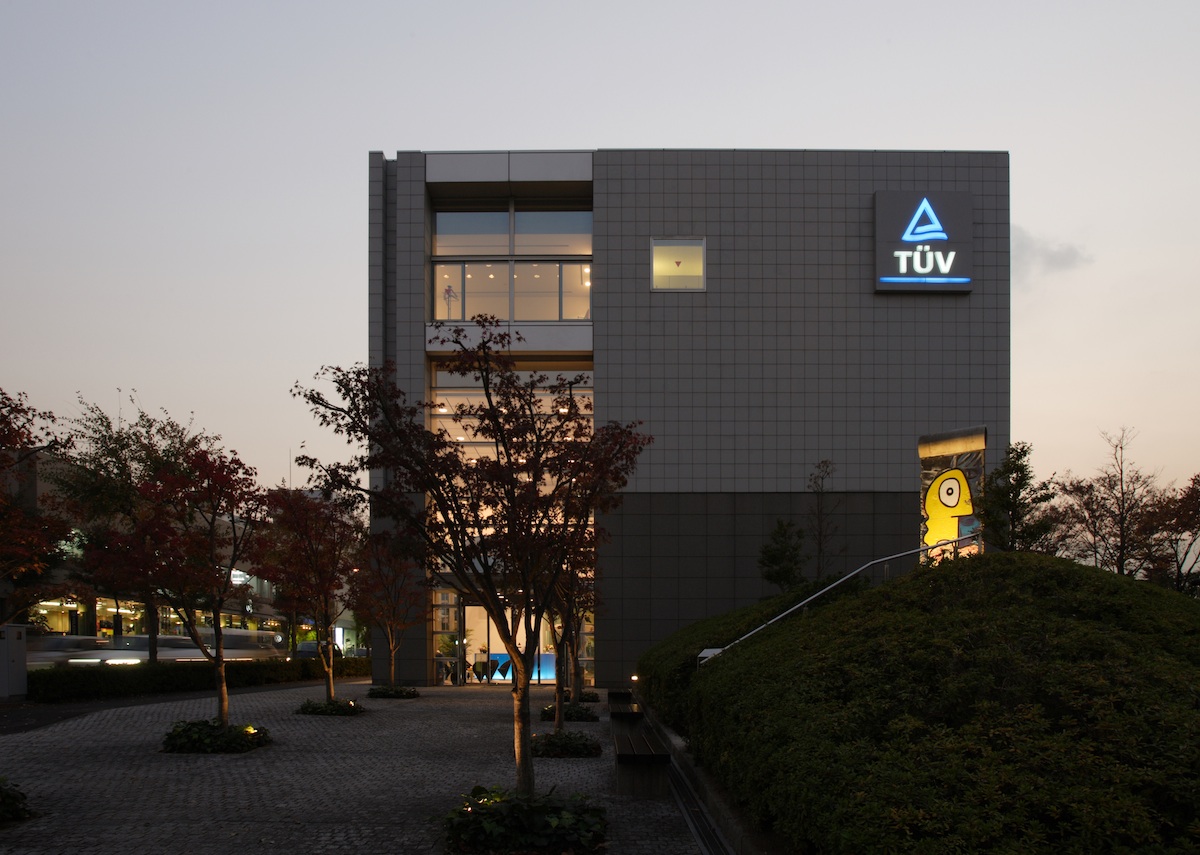 Due to the close economic relations between Germany and Japan, TÜV Rheinland Japan was founded in 1978. In 2005, the year of the opening of the state-of-the-art Global Technology Assessment Center in Yokohama, a Wall segment was placed on the freely accessible area in front of the headquarters building.

This segment should be sold originally on the first auction in Monte Carlo, but found no takers. In 2005, it was re-offered at an auction in Berlin and purchased by the East German and in Japan operating entrepreneur Uwe Bast, who finally presented it to the TÜV Rheinland. Bast took Thierry Noir together with the Wall segment to Japan. With some fresh paint, he ressurected his original Graffiti from the Waldemarstraße.

Photo above and background:
Berlin Wall in front of the German Technology Assessment Center (GTAC) in Yokohama. © by TÜV Rheinland