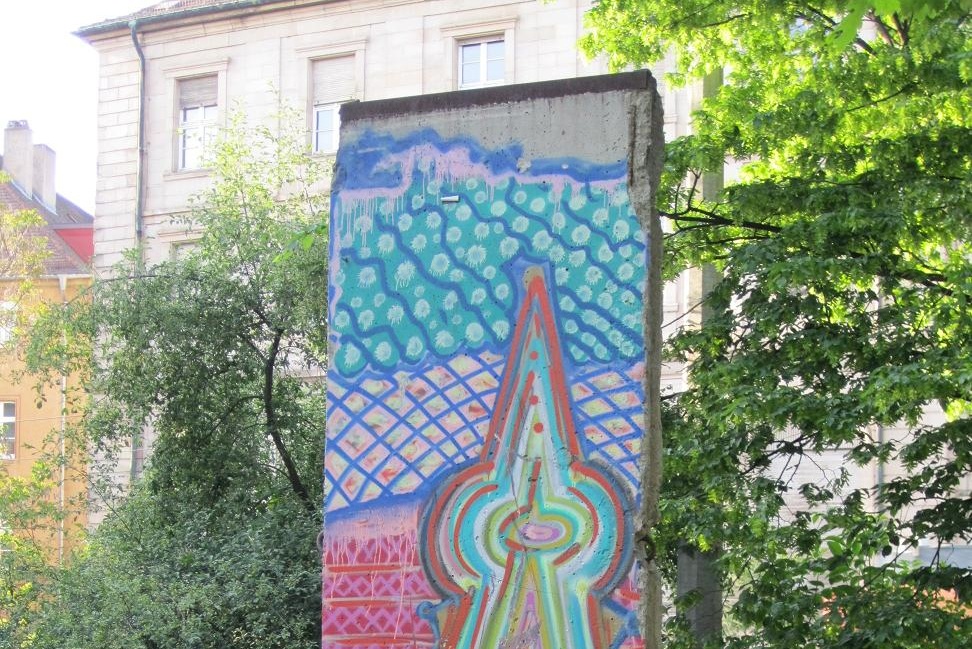 Rudi May, entrepreneur from Wuerzburg, has got private and professional contacts into the GDR. After the fall of the Wall, he wanted to use these contacts to get a complete Wall segment – without being successful. In spring 2008, he heard about an auction and purchased a segment, finally. However, initially a wrong one was delivered. After getting the right one, he donated the segment to his hometown, where it was erected, supplemented with a commemorative plaque, in 2008 on the Berliner Platz (Berlin Square) in the Ringpark.