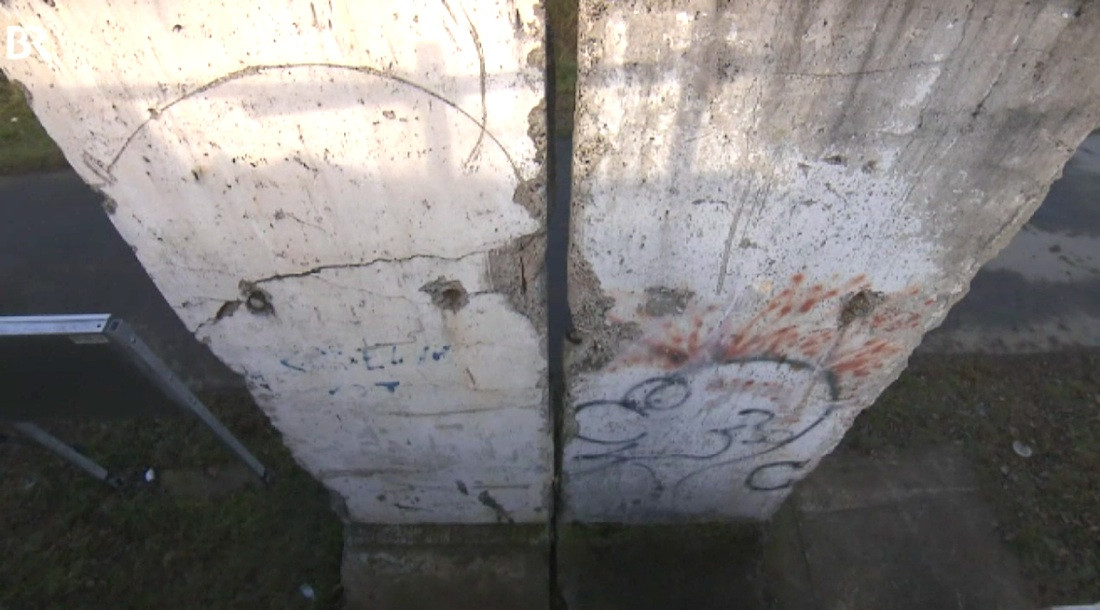 In the beginning of 1990, Winfried Prem, demolition contractor from Weiden, received the contract of his life: the demolition and crushing of 200 kilometer Wall. Client: the National People’s Army of the GDR. It took three years to finish the job – with up to 20 excavators and ironically several former border guards as employees.

Initially, camera crews from around the world reported on the work. Heads of state, celebrities, even Prince Charles personally shook his hand and expressed their appriciation for the work he was doing with up to 70 people. The National People’s army nominated him as major honorably. In the mid-1990s, the job was done. The shredded Wall, around 180,000 tons concrete, was mostly used in road construction – as underlay for the busy Berliner Ring.

As a personal reminder and as a symbolic message he donated two segments of the Wall to his home community. With support of Bund der Berliner und Freunde Berlins (Union of Berlins and friends of Berlin), finally, they were erected in Weiden in the Berliner Straße (Berlin Street). Another segment, with a graffito by Thierry Noir decorates the entrance to his estate in Muglhof.

The Bayerischer Rundfunk has aired a portrait in 2015:

Photo above and background:
© Still from TV report