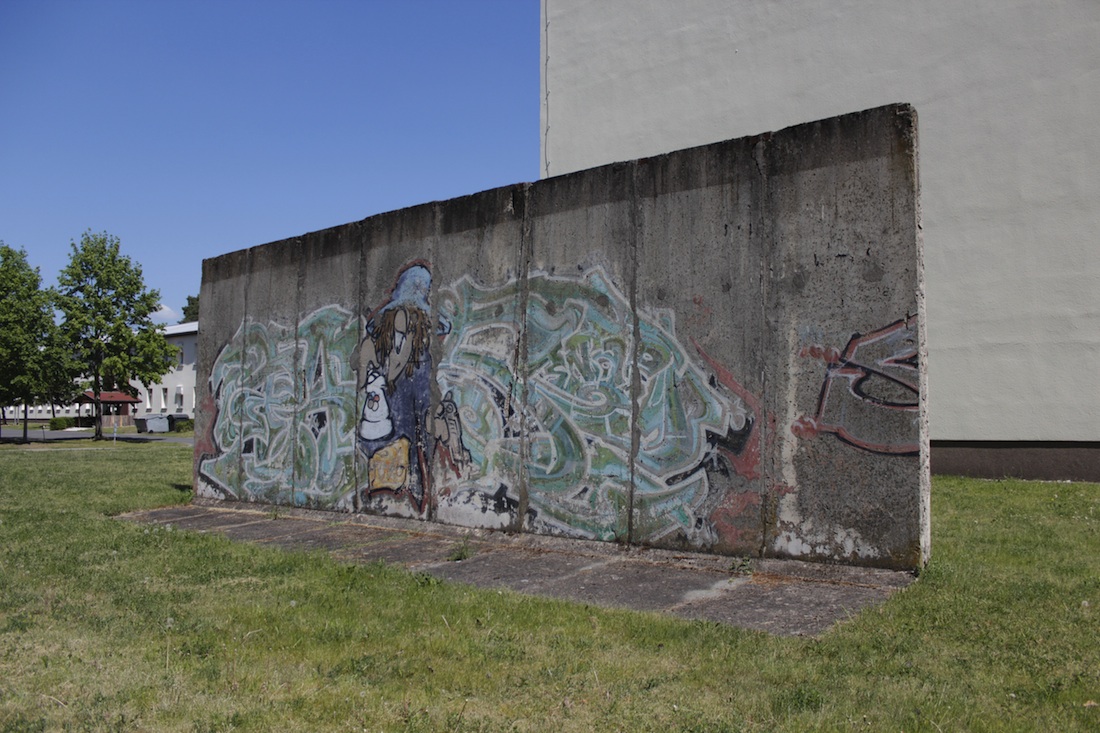 In autumn 1990, the command of the demolition of the inner-German border fortifications changed from National People’s Army (NVA) to the Bundeswehr. As a result Wall memorials were erected at numerous military bases in Germany. So in the Kurmark barracks, located in the Brandenburg garrison town Storkow.

These Wall segments were dismantled from the area Potsdam/Kleinmachnow after October 3, 1990. They were part of a border section, which was under control by the Grenzregiment 44 Kleinmachnow. The dismantling was done by pioneers and support stuff of the NVA. Afterwards, the Wall segments were stored in Kleinmachnow. Finally, it was the engineering bataillon 801, based in the Kurmark barracks from 1991 to 2006, who brought the Wall to Storkow.

Photo above and background:
© Bundeswehr/Schulze