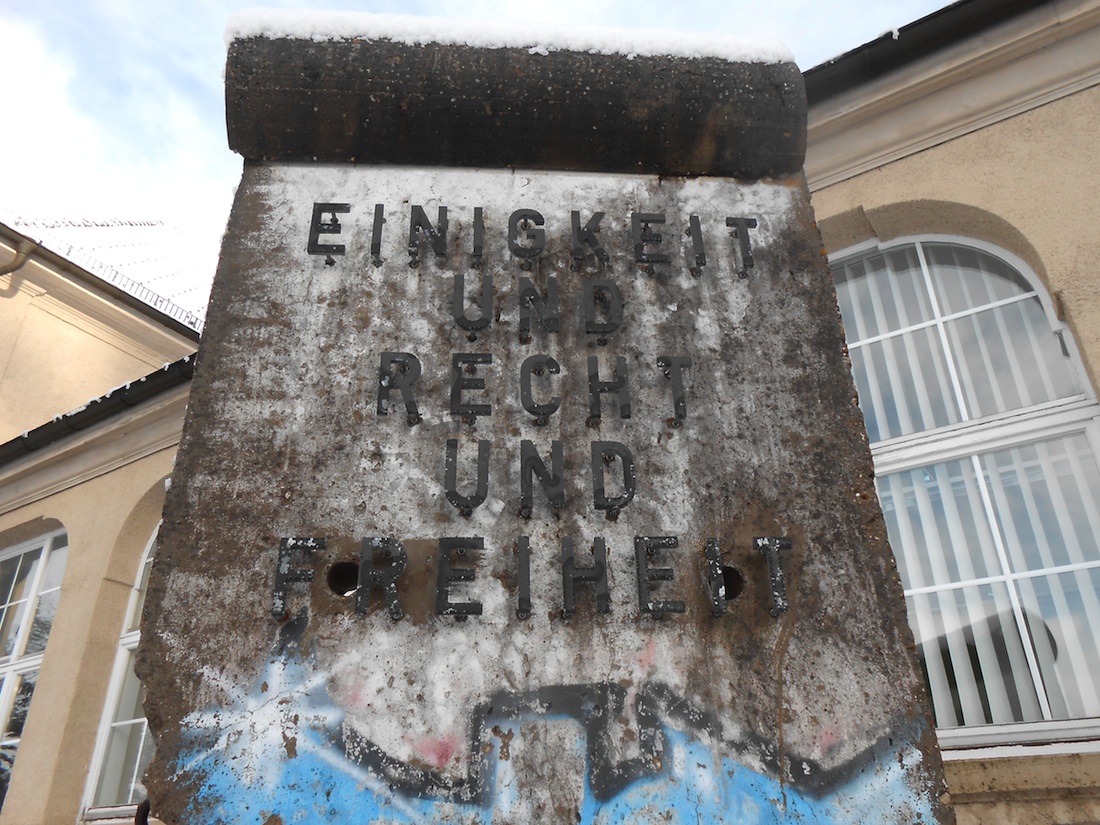 In autumn 1990, the command of the demolition of the inner-German border fortifications changed from the National People’s Army to the Bundeswehr. As a result, Wall memorials were erected at numerous military bases in Germany. So in 1991 on the military training area Camp Heuberg, which was also used by army units of the former French protecting power until 1997. Now, the two segments are in front of the Militärische Sammlung building.

The terrain on the Swabian Alb with its military training area and Camp Heuberg and the Alb Barracks has a military history of more than 100 years. The Alb Barracks is now one of the service centers of the Bundeswehr.

Photo above and background:
© Bundeswehr/Klotz