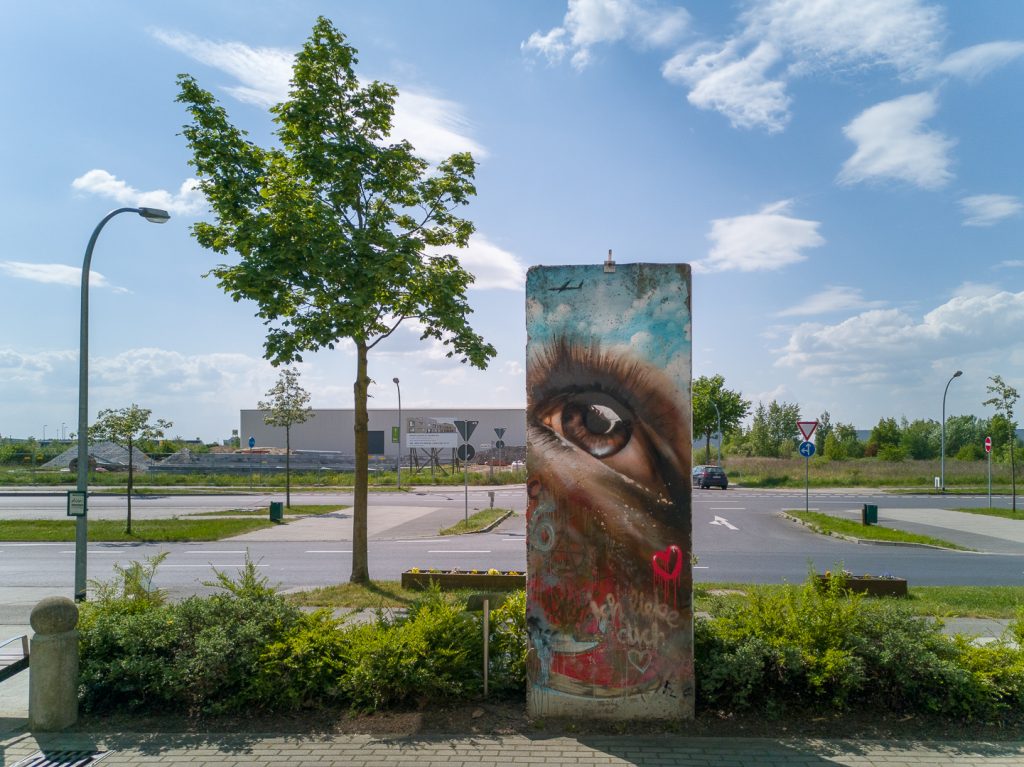 The history of flying in Schönefeld dates back to 1934, to the Henschel Flugzeug Werke, which were based here until the end of the Second World War. In 1946, the facilities were dismantled and/or destroyed. The Soviet air forces took over the Schönefeld airfields. In 1947, the Soviet Military Administration of Germany gave the order to build a civilian airport. In the course of time Schönefeld (SXF) became the central airport of the GDR. After the Fall of the Berlin Wall, the airport was rebuilt and expanded again, numerous service providers and facilities settled in the immediate vicinity. Benefiting from new transport links – Berlin Mitte can be reached in less than 30 minutes – the number of passengers has increased more than tenfold since (in 2017 almost 13 million passengers).

A Wall segment in front of the Holiday Inn Airport Berlin – Conference Centre, which was opened in 1998, recalls a part of this story and shall symbolize the convergence of Berlin and Germany and the cosmopolitanism.