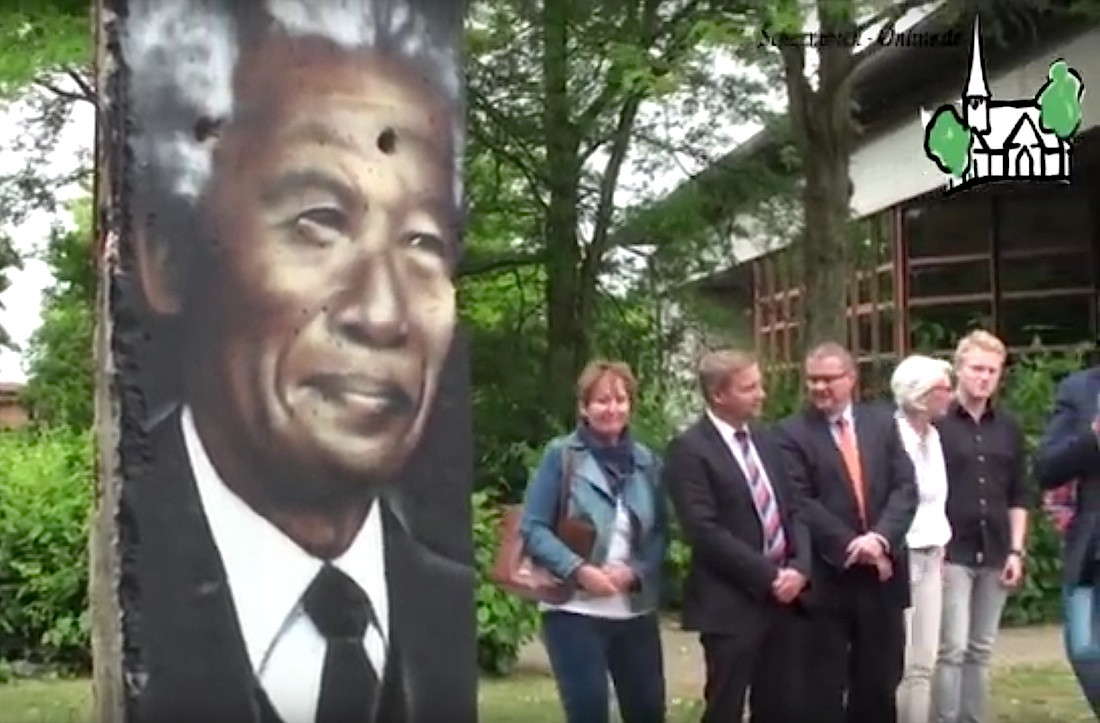 Officially, the demolition of the inner-German border fortifications began on June 13, 1989. Precisely 25 years later a segment of the Berlin Wall was set up on a schoolyard in Schermbeck. For the pupils it symbolizes the walls and barriers in our minds, which should be overcome. Director Norbert Hohmann added: It should be a memorial site and a cenotaph for all freedom-loving man.

The Wall segment was a donation of Schermbeck-born Elmar Prost, who moved to Königswusterhausen, immediatly after the fall of the Wall in 1989.

The portrait of Nelson Mandela, anti-apartheid revolutionary and President of South Africa was made by the Spanish artist Victor Landeta in 2014. (Source: Schermbeck online)

A local TV station reported on the inauguration: