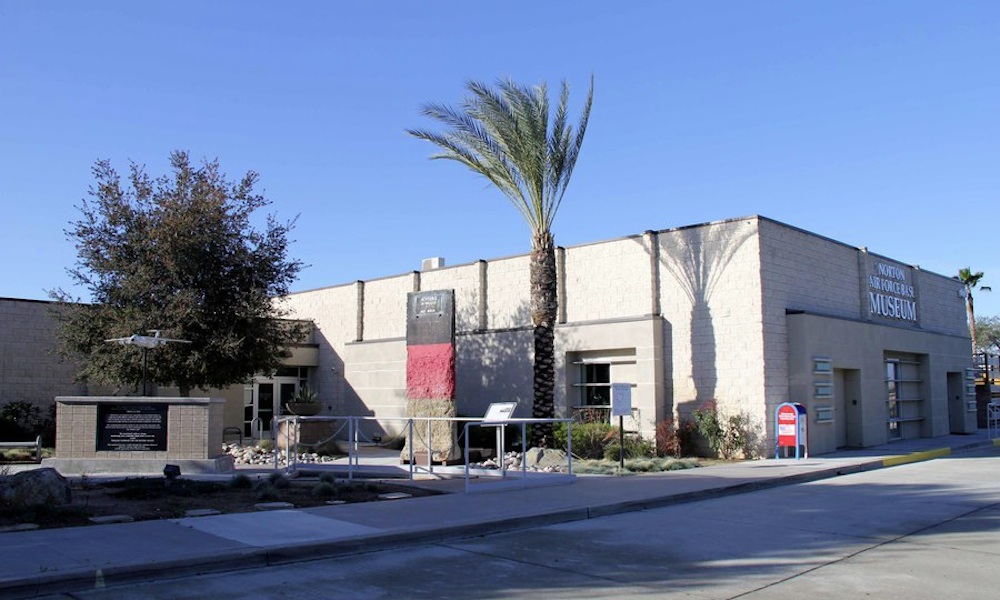 Norton Air Force Base began as Municipal Airport, San Bernardino under Army Air Corps jurisdiction. During the summer of 1941, it became a training base to meet the needs of the 30,000 Pilot Training Program. In December 1941, within days after the attack on Pearl Harbor, combat-ready fighter planes arrived to protect the Los Angeles area from enemy attack. In July 1942 the airport was renamed San Bernardino Army Air Field and the San Bernardino Air Depot was established. The facility’s primary function was the repair and maintenance of aircraft.
The base was transferred to US Air Force in 1948 and in 1950 was renamed Norton Air Force Base after Captain Leland Norton, a World War II bomber pilot who, ordered the crew of his crippled plane to bail out over France just before perishing with the craft. In 1966, Norton AFB became the home for the 63rd Military Airlift Wing (MAW), providing airlift and food services to air and ground combat units worldwide.

A few remaining service members in the local area were in Germany when the Wall was built in 1961 to separate East and West Berlin. Their shared stories make us remember just how lucky we are to live where we do and understand freedom is not free.

Interestingly, when we set the Wall in place, it was on the 25th anniversary of the its coming down in 1989 – when liberty was restored to the divided city. (Quoted from: Norton Air Force Base Museum)

Photo above and background:
© Norton Air Force Base Museum