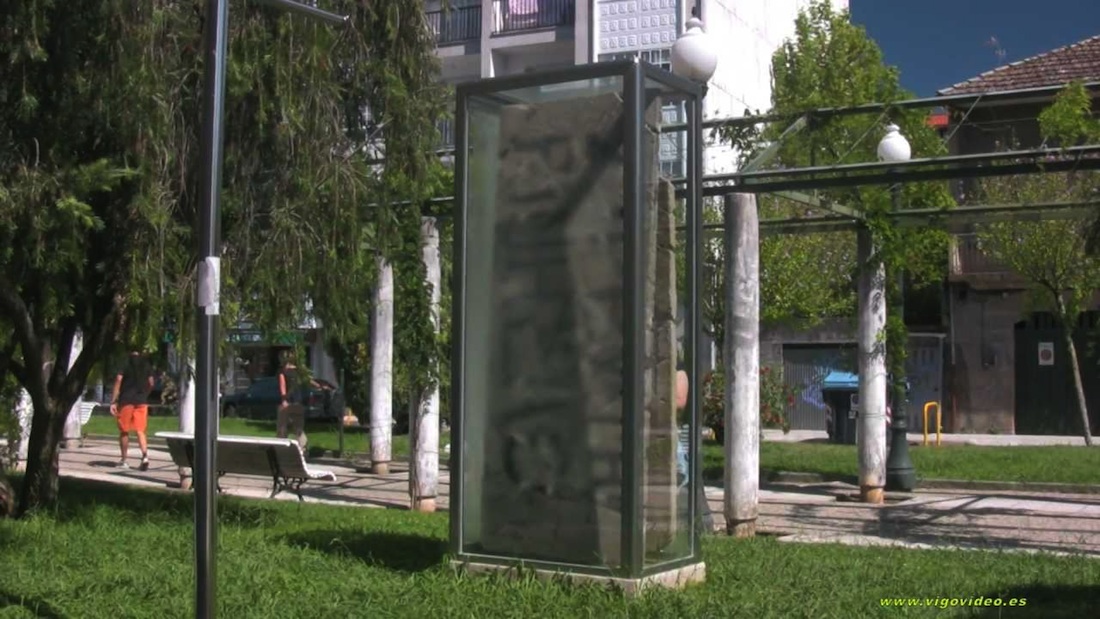 Location: at the Paseo Xunqueira

2 fragments of the outer Wall

These two fragments of the Berlin Wall had been standing almost unnoticed beneath a viadact close to the station since the early 1990s. On occasion of the 20th anniversary of the Fall of the Wall, the parts were carefully restaurated by the local artist Jesus Cameselle. In order to protect them from weather effects, they were set up under glas and moved to a more central site, in front of a multipurpose center. A plaque explains its origin:

The Wall was literally torn into pieces. The fragments have been and are in great demand for its historical value – they remind of barbarism, oppression and the lack of freedom – and at least for its artistic value.
The exhibits were brought to Redondela by the emigrant Manuel A. Figueroa Suarez in the early 1990s. Manuel Suarez is now living in Mallorca. His uncle Jacinto Suarez donated the pieces to the city council, in order to remind of a significant, historical event.

Galicia is beside Catalonia, Navarre and the Basque region a historical nation of Spain and has been an autonomous region since 1980/1981. This fact adds another dimension to the memorial. See also Berlin Wall site in Zuasti, Navarra.