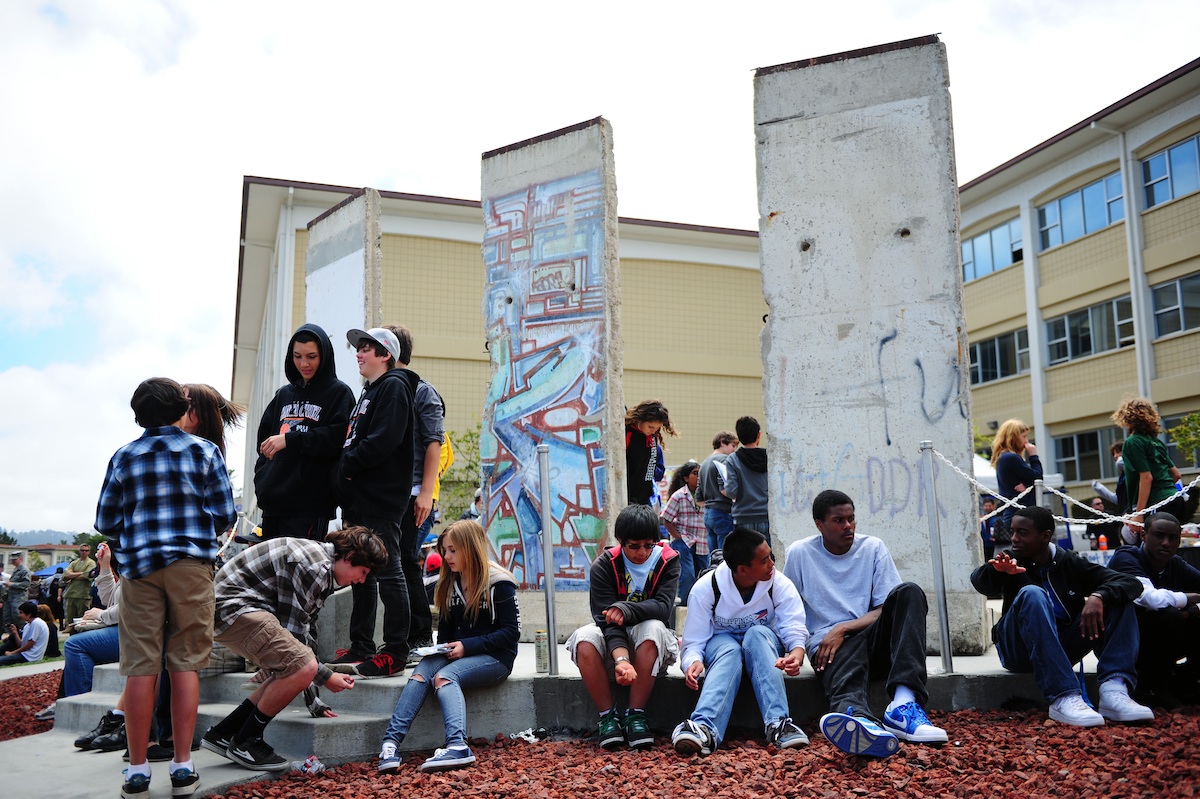 Irvin Dyer, an entrepreneur from Phoenix, Arizona, sensed big business with segments of the Berlin Wall. He bought several segments and smaller parts, took them all to Phoenix – and didn’t sell anying.

A few years later, Walter Scurei, who was born in Berlin, hired a warehouse in Phoenix, which the previous owner was forced to give up due to financial difficulties. Scurei was surprised and excited to find segments of the Berlin Wall in there. Immediately he set them up in his garden.

Years later, Skip Johnson, an employee of the Defense Language School Institute, a school of the US Army, came along and was fascinated. Johnson and Scurei quickly agreed on making it a monument. So, the Wall segments were moved from Phoenix to California and were erected in 2005 close to the Korean Department of the Defense Language School Institute.

Photo above and background:
© by Presidio of Monterey. Licensed under CC BY-NC 2.0

The Wall Net > The Berlin Wall in... > USA > California > Presidio of Monterey, CA