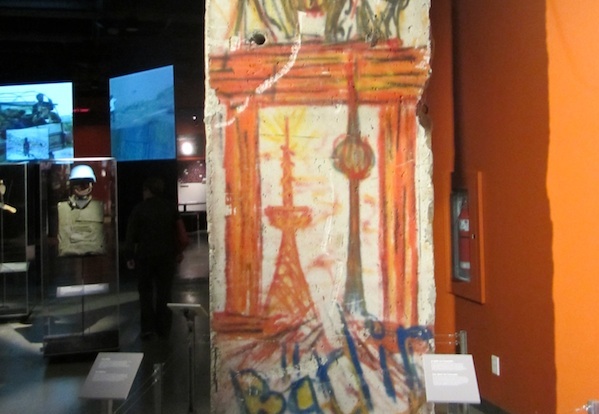 During the Cold War, almost one million Canadian soldiers served in Western Europe, primarly in Germany. In 1991, the government of newly reunified Germany presented this section of the Berlin Wall to Canada. A year earlier, foreign ministers from France, East and West Germany, the Soviet Union, United States, and United Kingdom had conferred in Ottawa, where they agreed to a framework for peaceful German reunification.

For many years this Canadian Wall segment has been in the Government Conference Centre in Ottawa. In 2009, however, the then Prime Minister Stephen Harper announced the relocation of the segment to the Canadian War Museum, where it is now on permanent exhibition.

Photo above and background:
© by Sean_Marshall. Licensed under CC BY-NC-SA 2.0