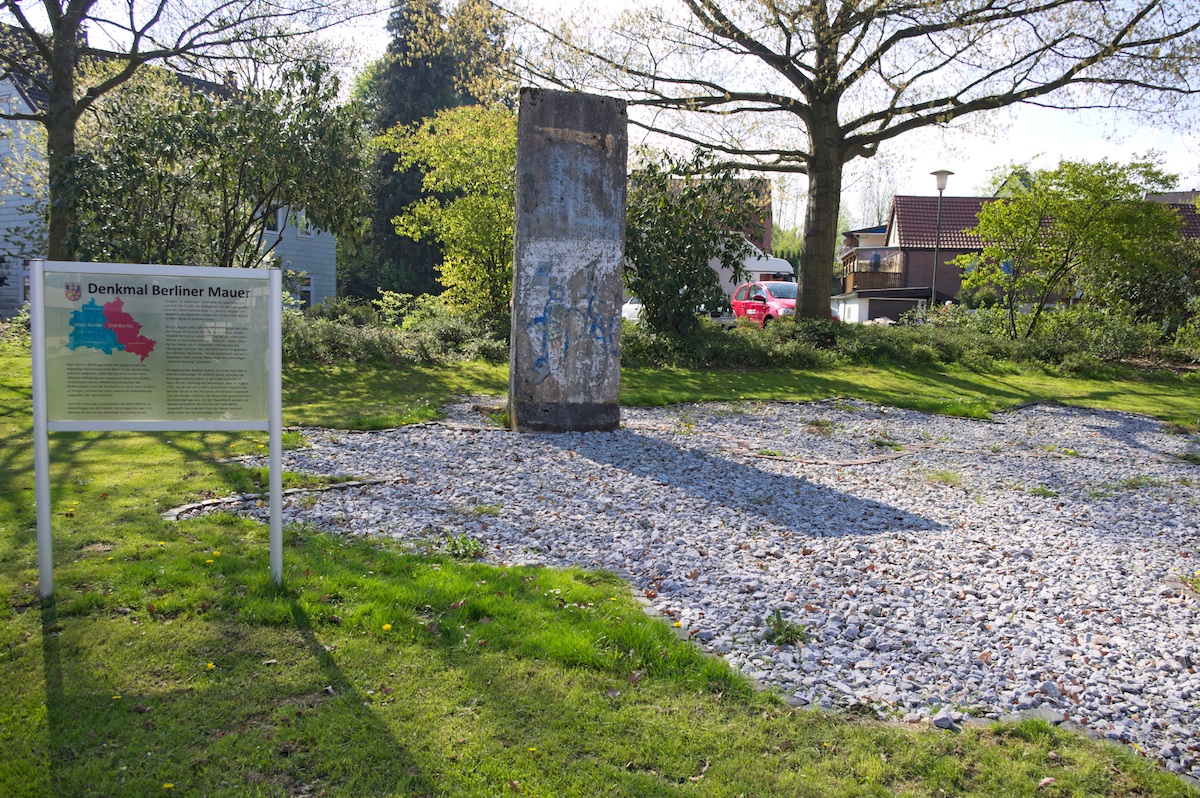 1 segment from the sector close to Brandenburg Gate

As many other West German cities and municipalities, also Osterode kept intensive contact with Berlin during the division. Children from Berlin spent their holidays in this small town in the Harz.

Due to the 30th anniversary of the building of the Wall,  the Armoured Infantry Battalion 12, which was homebased here in the Rommel Barracks, donated a Wall segment to Osterode, which was originated from a sector close to the Brandenburg Gate. Another one was set up in front of the Rommal Barracks, which was moved to Northeim in 2009 after this site has been closed down.

Photo above and background:
© by Jens Steinbeisser. Licensed under CC BY-NC-SA 2.0