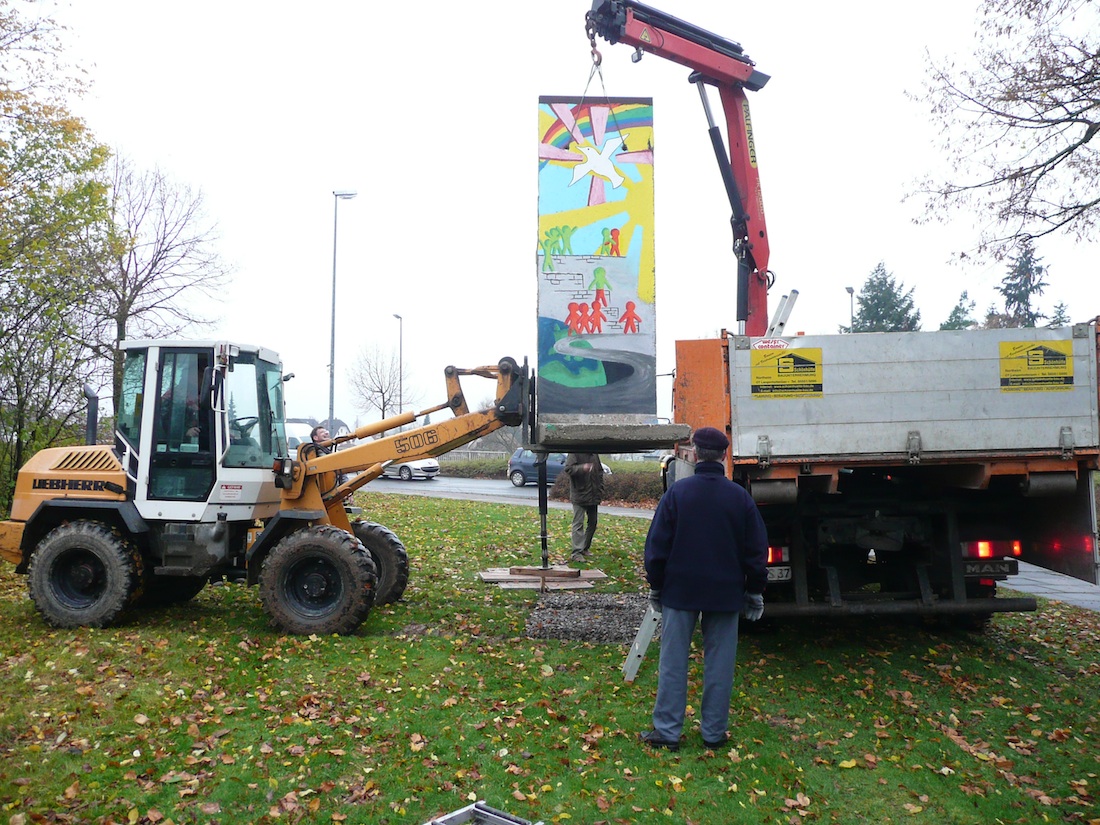 Northeim, located in the south of Lower Saxony, was a garrison town until 1992 and home of the Scharnhorst Barracks. With the retreat of the Bundeswehr the almost 100 years of military history of the town came to an end. A part of the history is preserved by the Kameradenkreis der ehemaligen Garnison Northeim: In summer 2006, on the occasion of a farewell bivouak for the Armoured Infantry Battalion 1 in Hildesheim, the Kameradenkreis der ehemaligen Garnison Northeim first came up with the idea to acquire a segment of the Berlin Wall and to set it up in Northeim. But only three years later the idea was put into practice.

The former Armoured Infantry Battalion 12 in nearby Osterode had acquired two Berlin Wall segments from the border area Berlin Mitte via the Bundeswehr in Berlin. One of these was donated to the city Osterode. The other one was set up in front of the Rommel Barracks in 1991. This Bundeswehr location was dissolved in 2003, the Wall segment remained.

In 2009, it was given on request to the Kameradenkreis der ehemaligen Garnison Northeim by a Federal Authority – with the obligation not to use it for commercial purposes. Afterwards, a suitable site was sought in cooperation with the mayor of Northeim, who was enthusiastic from the beginning, and competent bodies. Finally in October 2009, a site was found, decided and announced. In the following three and a half weeks and with support by local companies the Wall segment was purified, painted, signposted and inaugurated.

The paintings on the Wall segment were subject to an art course of a former 11th grade from the Corvinianum, Northeim’s high school. About 20 students outlined a number of designs, discussed and finally condensed it into two drafts under the guidance of art teacher Cornelia Cohnert. These are now gracing the front and the the back side of the segment.