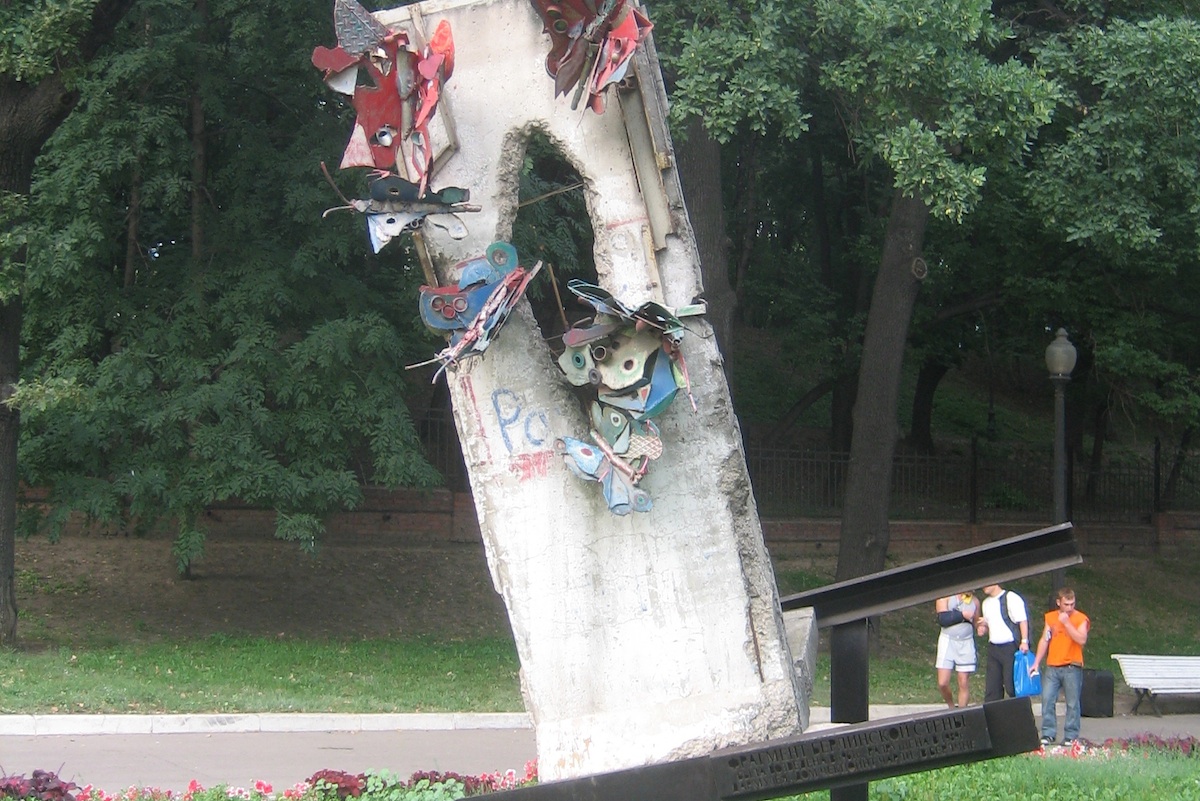 Location: in front of Sakharov Center

Even before the collapse of the Soviet Union, Elena Bonner, widow of the human rights activist Andrei Sakharov who died in late 1989, founded together with companions, close associates and colleagues a foundation to preserve the heritage of Sakharov. This resultrd in an international conference, which took place in 1991 and received worldwide attention and support. In 1994, the archives were opened to the public, 1996 the Sakharov Museum was inaugurated, today called Sakharov Center.

The Berlin Museum Haus am Checkpoint Charlie has supported the efforts of the Sakharov Foundation from the early beginning. Together with the Soviet Union of Artists they initiated an exhibition in 1991, and in 1996 a Wall segment was inaugurated by the Berlin museum director Rainer Hildebrandt as a central part of an artistic installation.

Photo above and background:
© by re_file. Licensed under CC BY-NC 2.0