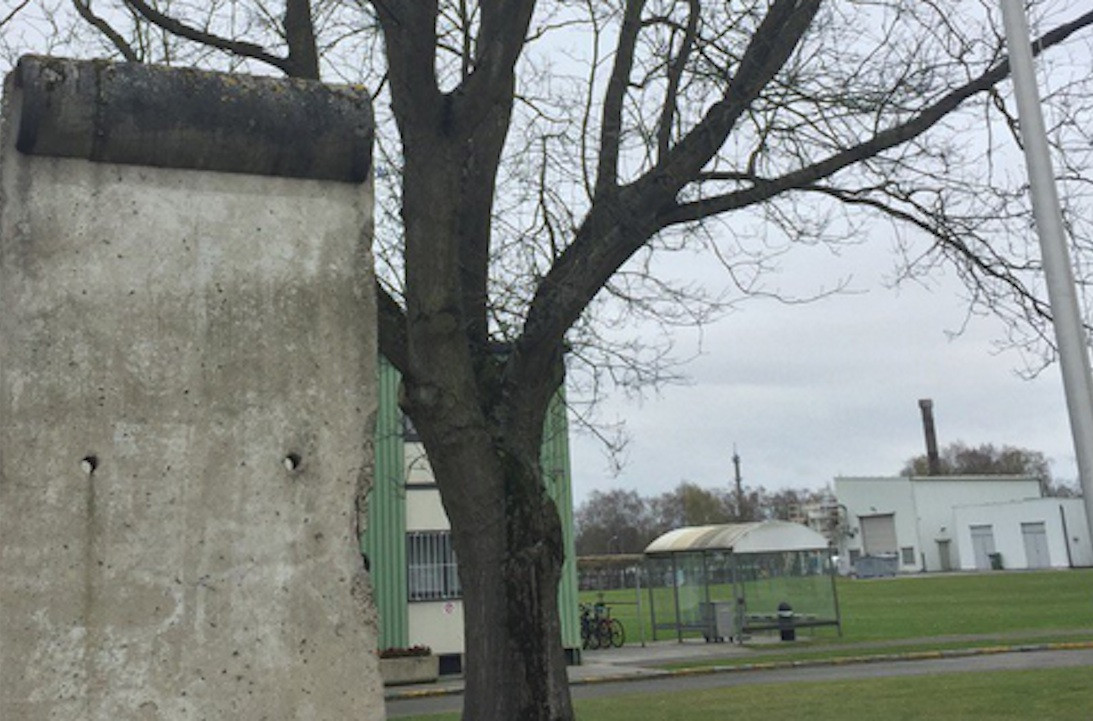 Mons originated from the founding of a monastery in the 7th century at the foot of a ruinb by the holy Waltrudis. Later, the city owed its prosperity especially the cloth industry and ultimately the coal mining industry. Since 1967, the Supreme Headquarters Allied Powers Europe (SHAPE) are based here. 2015, the Walloon Mons  became European Capital of Culture next to the Czech Pilsen.

During the Cold War, Live Oak, a special service which operated from the site of SHAPE, had to monitor the free access to West Berlin. The job was done in 1990 and as a sign of gratitude, the then German Federal Government donated a Wall segment to Live Oak. The segment was set up on the military area in front of the former Live Oak building.

Photo above and background:
© Twitter/AxelSchrader