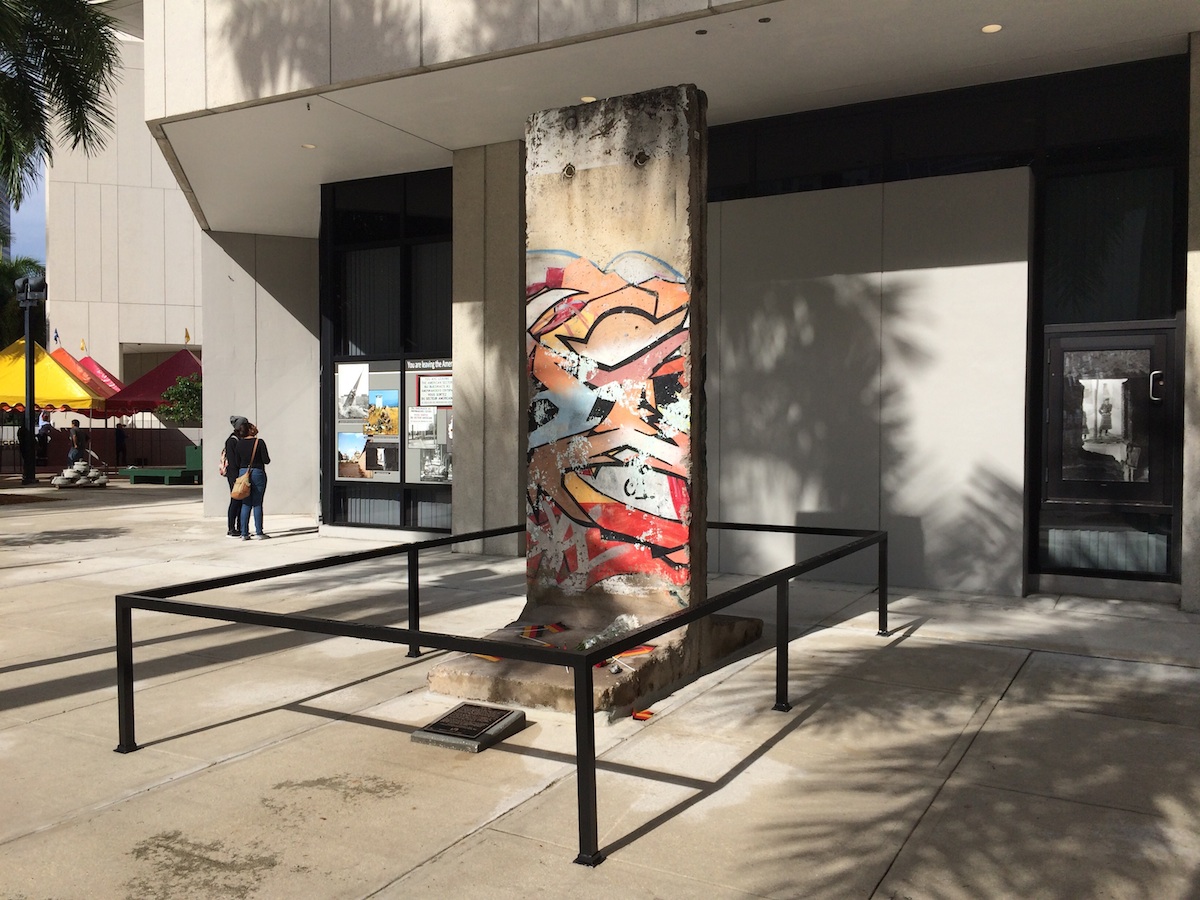 On the occasion of the 25th anniversary of the fall of the Berlin Wall, the German Consulate General in Miami donated a segment of the Berlin Wall to the City of Miami. As a sign of gratitude for the support of the United States during the contentious 20th century, Consul General Juergen Borsch said at the unveiling.

The segment is in Downtown Miami at the entrance of the Miami Dade College, open to the public. It should remind that walls and frontiers can be overcome just through the power of the people.

Plaque inscription:
Erected in 1961, the Berlin Wall became both a physical and a symbolic boundary between democracy and totalitarism during the Cold War. The Berlin Wall stood for nearly three decades holding millions of people captive under communism. Its fall in 1989 was celebrated around the world and became a symbol of the democratic reunification of West and East Germany.
The section of the Berlin Wall was donated to the City of Miami by the Federal Repuclic of Germany in recognition of the 25th anniversary of the fall of the Berlin Wall, and it stands in Miami at Miami Dade College, known as Demcracy’s College, for its commitment to excellence and equal opportunity.
May this section of the Berlin Wall serve as a powerful symbol of the strength of democracy – teaching and inspiring current and future generations about the importance of freedom, the resilience of the human spirit, and triumph over oppression.
Dedicated on November 9, 2014. 25th anniversary of the fall of the Berlin Wall. – Miami Dade College

Photo above and background
© by Phillip Pessar. Licensed under CC BY 2.0