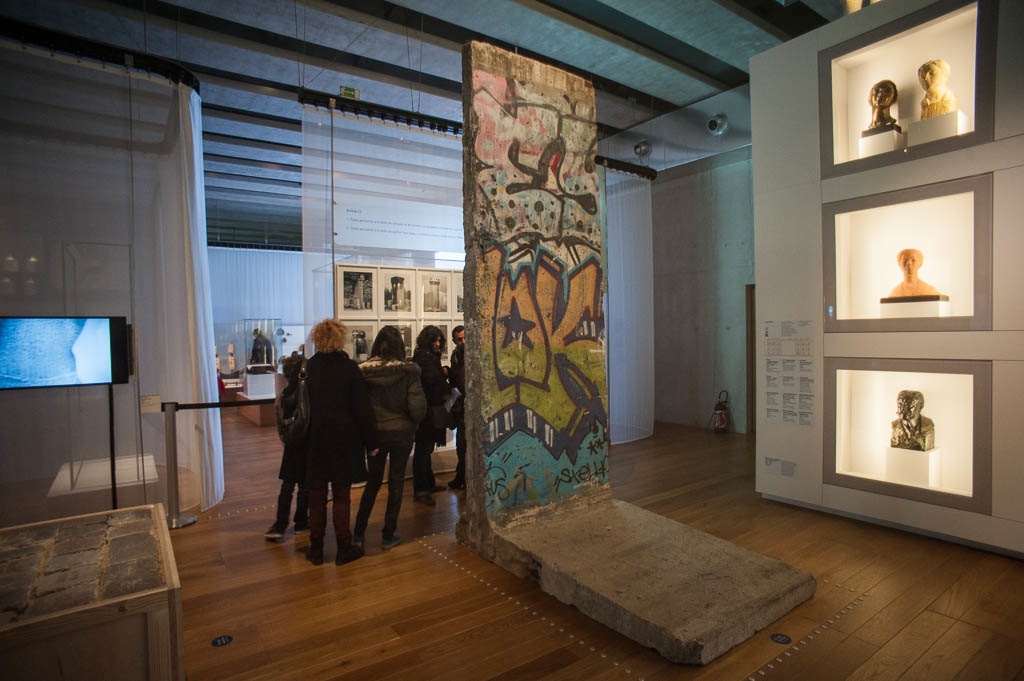 The collection of French ethnology with 250,000 exhibits, which originally located in Paris. As spatial boundaries were hit, the collection was removed into a spectacular new museum in Marseille, south of France, that was opened in 2013.

For the opening of the Museum of the Europeans and Medditerrenean the Senat Chancellery of Berlin contributed a Wall segment from its stock, originally located on Potsdamer Platz. The removal  from Berlin was documented by the photographer Catherine Homo-Lechner. Her Photos are available in MuCEM’s archive (search string: mur de Berlin).

Photo above and background:
© by JdelPhoto . Licensed under CC BY-NC-SA 2.0