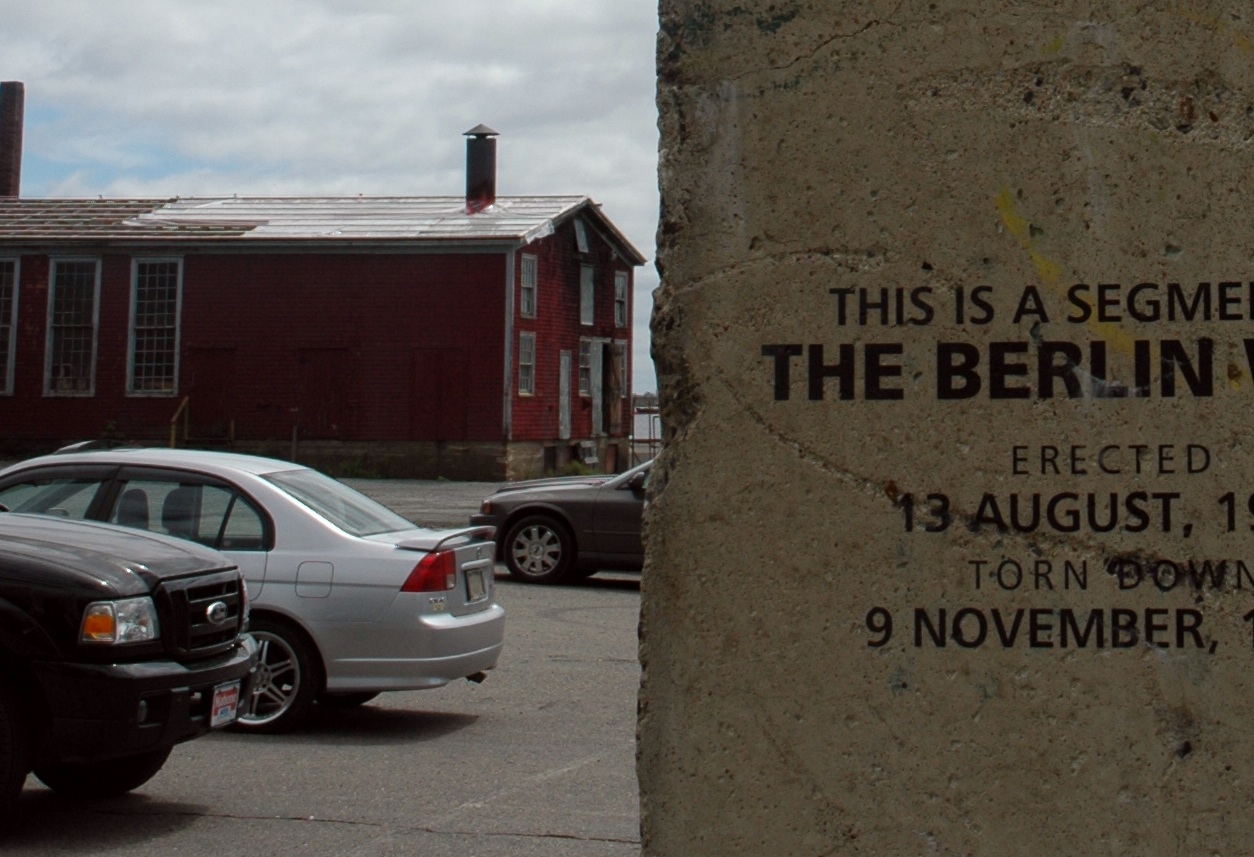 Location: Falkland Street, next to the historic Lunenburg Foundry

The historic old town Lunenbergs with its picturesque facades and streets is on the UNESCO list of world cultural heritage. On the edge of this neighborhood, beside the historical Lunenburg Industrial Foundry & Engineering, a section of the Berlin Wall has been standing since the late 1990s.

The Kinley family runs the foundry since the mid 19th century; the present generation is represented by Peter Kinley.His father James J. Kinley brought the segment in the late 1990s to Lunenburg to underline the German origins of the place and to build bridges to the reunified Germany. James J. Kinley, who passed away in 2012, was a decorated navy veteran, entrepreneur, philanthropist and from 1994-2000 Lieutenent Governor of Novia Scotia.