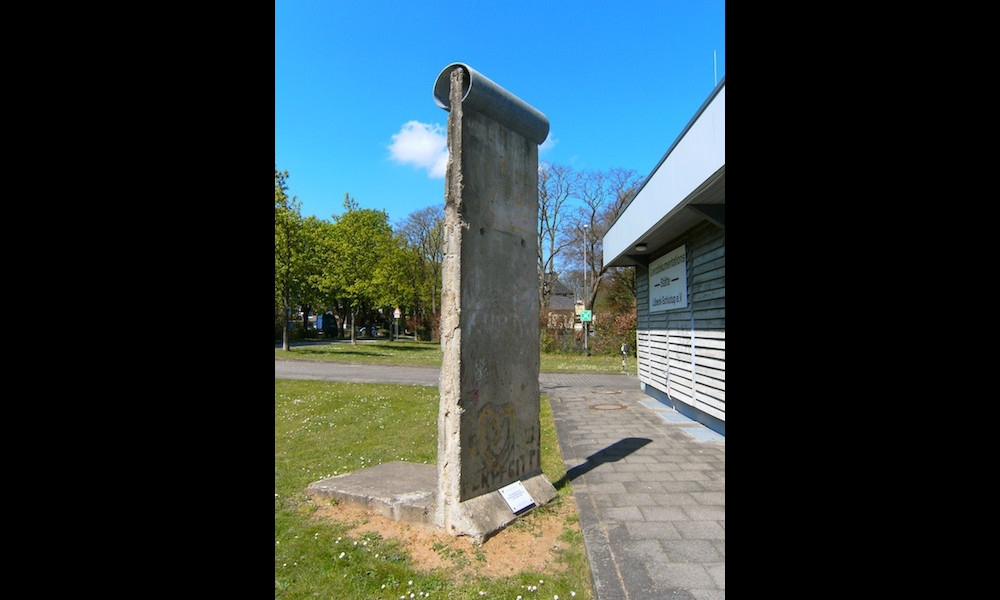 The Hanseatic City of Lübeck was the only city at the inner German border. In some cases, property borders were simultaneously borders to the SBZ (Soviet occupation zone) / GDR. Until the end of the 1940s, active contacts and border traffic were maintained, in the 1950s it declined. The district of Schlutup in Lübeck was the northernmost inner German checkpoint for road traffic. Schlutup served primarily for travelling to Scandinavia, citizens of the Federal Republic were allowed to enter the GDR but not to transit to Berlin. (Cited from: Anna Kaminsky / Orte der Erinnerung)

In 1956, a border stone was set up on Mecklenburger Strasse, directly at the border. After the opening of the border, the customs house was converted into a border documentation site and later supplemented with a Trabi and a segment of the Berlin Wall.

Photo above and background:
© Roland.h.bueb, CC BY-SA 4.0 via Wikimedia