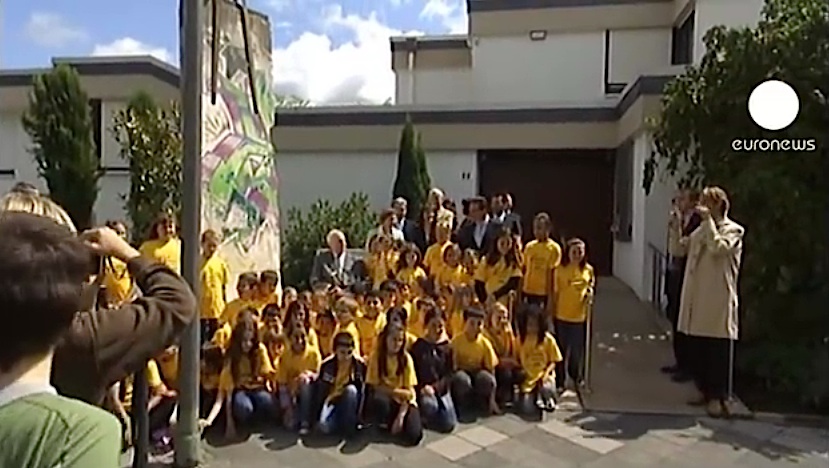 In 2008, the Axel Springer SE has bought more than 30 segments of the Berlin Wall and donated them  e.g. to each federal state of the FRG, to the then Soviet president Mikhail Gorbachev and his American counterpart George Bush sen. The last segment of this collection was given in August 2011 to the chancellor of the reunification, Helmut Kohl, for his Ludwigshafen-Oggersheim residence – on the occasion of the upcoming 50th anniversary of the construction of the Berlin Wall. It will always remind of the unfree world and people behind the Iron Curtain. It is an intense memorial of our changeful history, said Helmut Kohl.