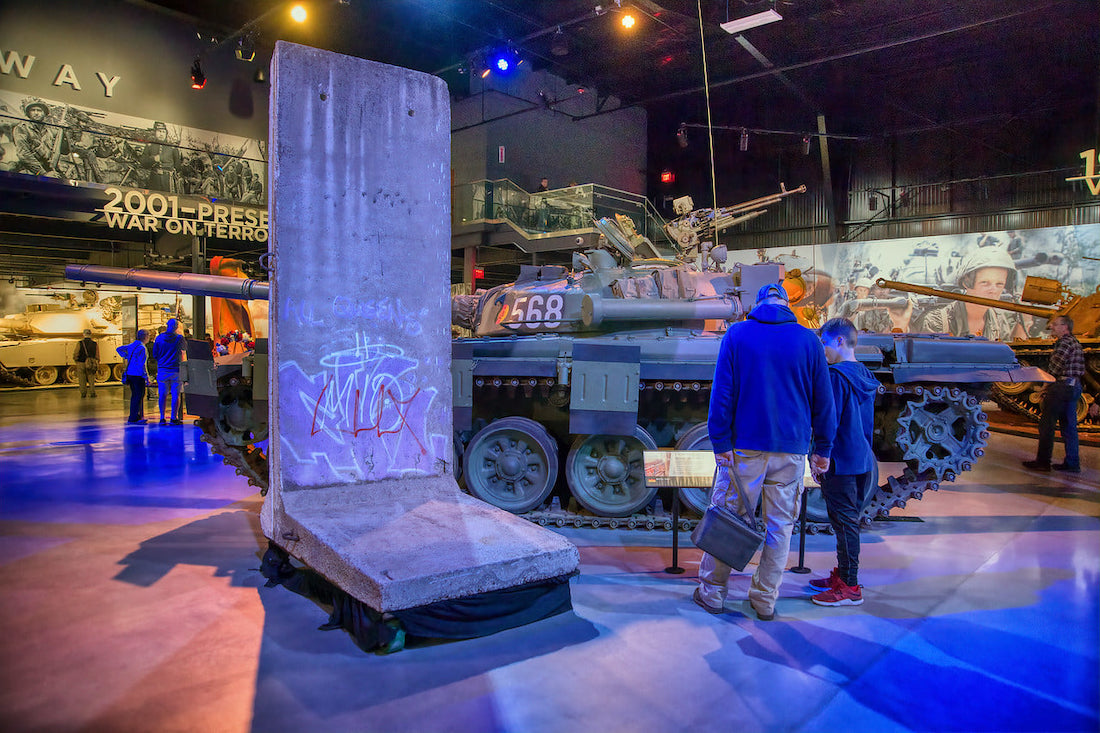 The American Heritage Museum is dedicated to American conflicts, from the Revolutionary War to the present. The exhibits invite visitors to engage with the heritage of history and learn more about the American efforts to develop new technologies of warfare and the human impact of the American struggle to preserve freedom.

The wall segment is located in the Cold War exhibition area.