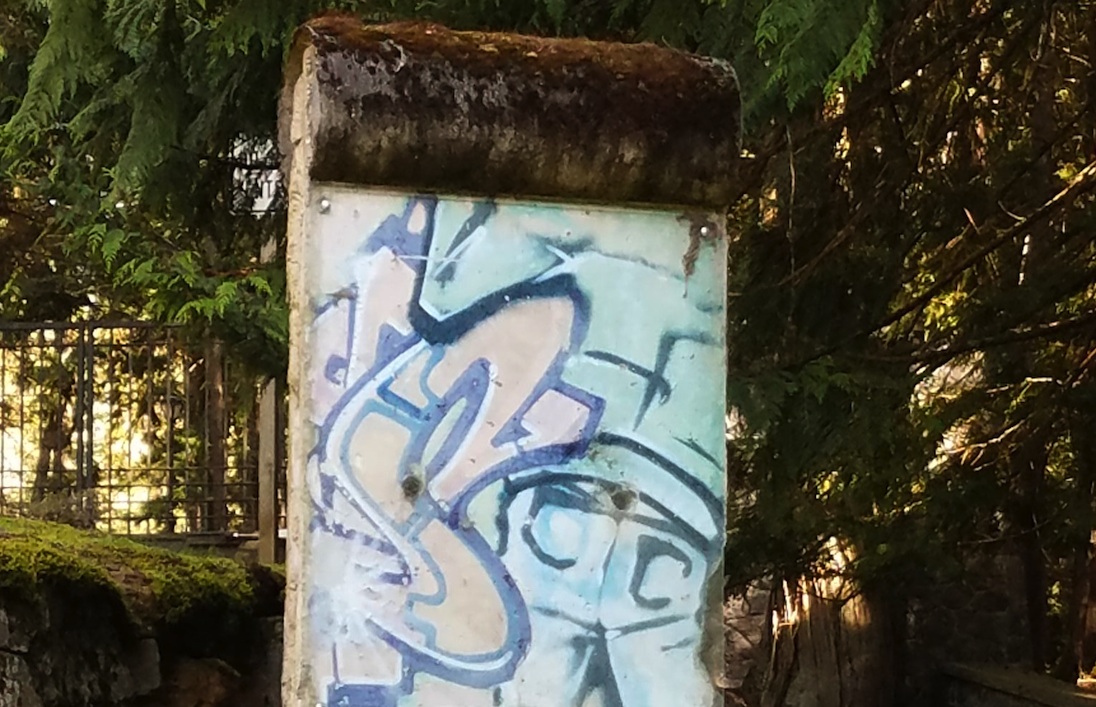 Klaus Groenke, born in Berlin, real estate investor and contractor, philanthropist, art lover and patron of the arts, describes his Wall segment as “a reminder of a period on an island in the middle of the communism“. The segment, which adorns the entrance to his summer residence on a peninsula, is a gift from a former employee Groenkes. The graffito is protected against weathering by plexiglass.

That piece was given to me by staff that worked for me. It’s a true piece with graffiti. I was 6 years old when the Berlin blockade happened. Fifteen years later I was with my parents coming back from Bavaria on a vacation trip, and we had, of course, to pass through East Germany to get to West Berlin. When we arrived in Berlin, we found out they were building the wall. … You had a feeling you lived within a threat all the time. Almost 30 years later, I was sitting with George Rickey, the artist, and with Gisela. We were having dinner when the wall opened and fell. We left our dinner and we went to the wall and saw the people coming in. It was a fabulous feeling. I think that feeling of freedom at that moment was the greatest experience I had in my life. That segment of the wall is always a reminder that we once lived on an island in communism.
(Source: Sandpoint magazine)

Photo above and background:
© SnowBambi/Twitter