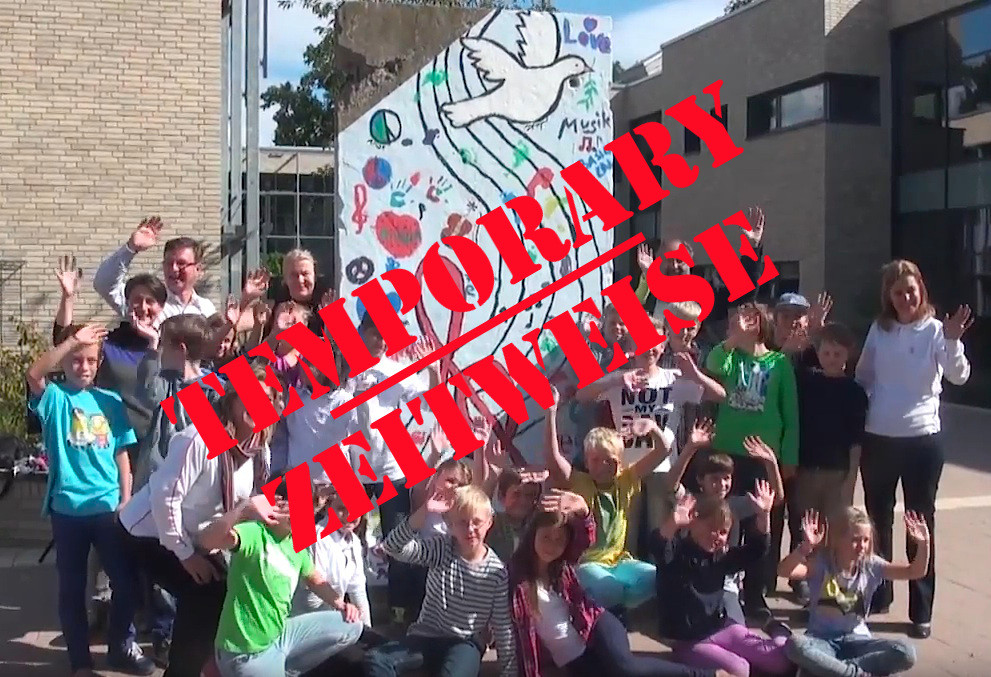 Since 2013, a class from the elementary school Niederheide in Hohen Neuendorf, northeast of Berlin, has been in contact with the Brazilian school of music Lyra Mogimiriana in Mogi Mirim.

When the Brazilian kids stayed in Brandenburg in September 2015 a Berlin Wall segment was set up in Hohen Neuendorf and painted on one side by the kids from both nations. They get to know each other before by video conferences and planned the design.

The project was supported by Theo Tintenklecks and Berlin based school of music Allegro e.V.

In April 2016, the Wall segment went on a journey to Mogi Mirim in Brazil, about 180 kilometers north of Sao Paulo, where the other side will be painted.

Theo Tintenklecks is originally a character from an audio drama, now also present in the internet and in real life with numerous awarded activities. As part of the program The earth my home / Music connects children around the world a total of 25 Berlin Wall segments will be shipped all over the world.