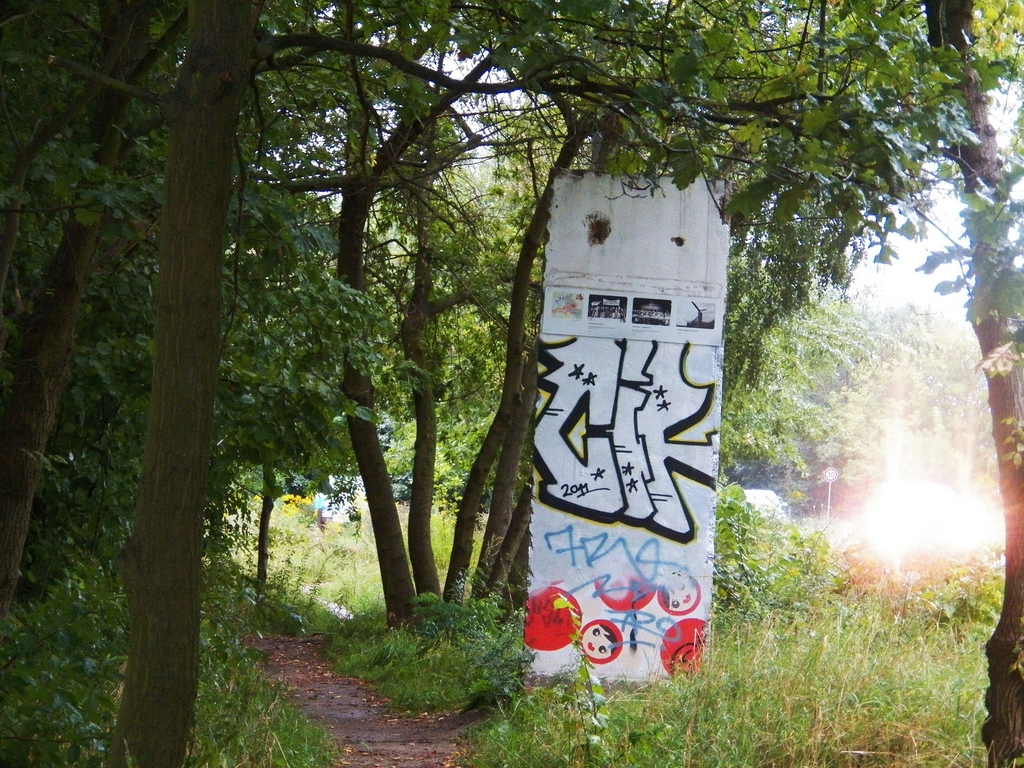 Location: on the former border to Berlin

Osdorf, located on GDR territory south of Berlin and within the restricted zone, was razed to the ground in the 1960s. The inhabitants were moved to the neighboring Heinersdorf and other places. Only a barn remained. Next to this “Osdorfer Scheune” (now full of life) there is a large boulder with a plaque, reminding of the tragic fate of the village.

In April 2010, an original Berlin Wall Wall section was set up in the immediate vicinity, just in front of the city boundary of Berlin. This memorial shall explain to future generations, where the “Berlin Wall” once stood. Previously, young people had transformed the Wall segment into a piece of art, painted with different motifs from Berlin and fluttering flags of numerous nations. According to the wishes of the artists, now this colorful and peaceful part of the Wall shall symbolize international understanding. (Source: grossbeeren.de)

Photo above and background:
© gudrunfromberlin

The Wall Net > The Berlin Wall in... > Germany > Brandenburg > Grossbeeren-Osdorf