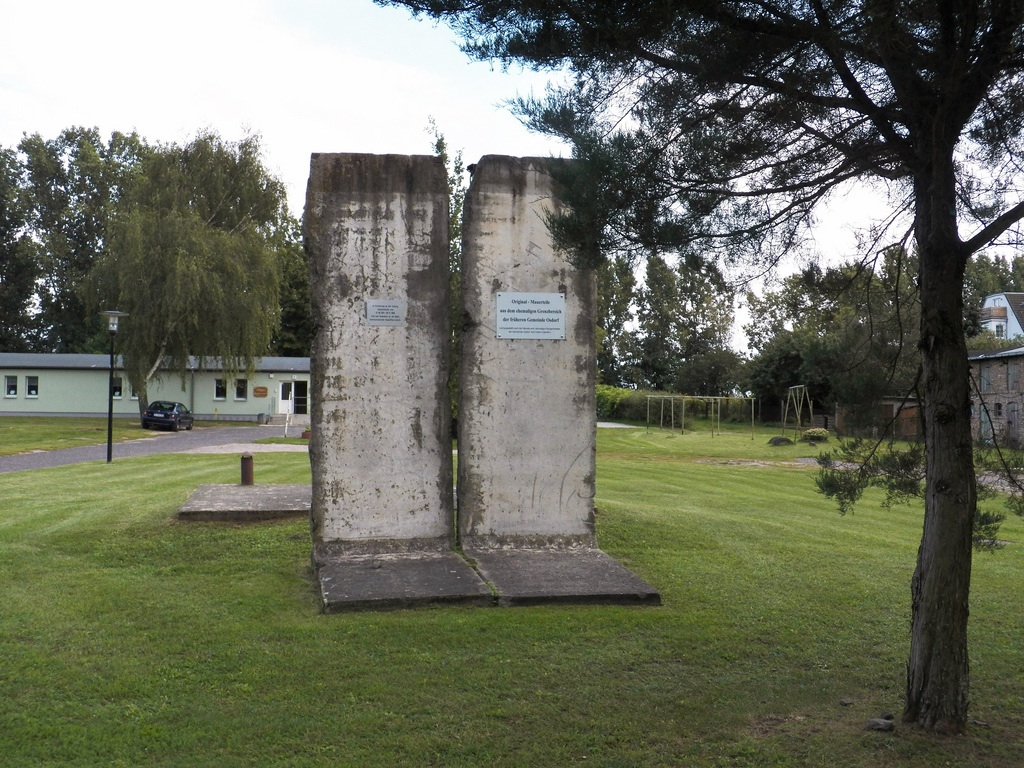 Two original segments of the Berlin Wall with several plaques were set up in Heinersdorf at the village green. They were set up on behalf of the former mayor to protect them from distruction. Before the Wall came down, Heinersdorf was located close to the border. Its citizens had to suffer from this vicinity of the border.

At the annual anniversary of the construction of the Wall, the local political party CDU is commemorating the victims of communist tyranny. To preserve democracy, it is important to be aware and to understand the negative parts of the history. The commemoration shall also remind of numerous brave Germans, who personally opposed against this absurd border until it came down.

The border around Berlin West had a total length of 155 km (96 mi), thereof 43 km (27 mi) innercity border. The 4th generation Wall segments were made of ferroconcrete with high density and up to 3.6 m high and 1.2 m wide. In 1952, a restricted area was installed. This restricted area was partitioned into a 10 m control strip, a 500 m protective strip and a 5 km wide restricted zone. Residents of this zone were relocated, buildings and other visual obstructions were razed to the ground. (Source: CDU Großbeeren)

Photo above and background:
© gudrunfromberlin

The Wall Net > The Berlin Wall in... > Germany > Brandenburg > Grossbeeren-Heinersdorf