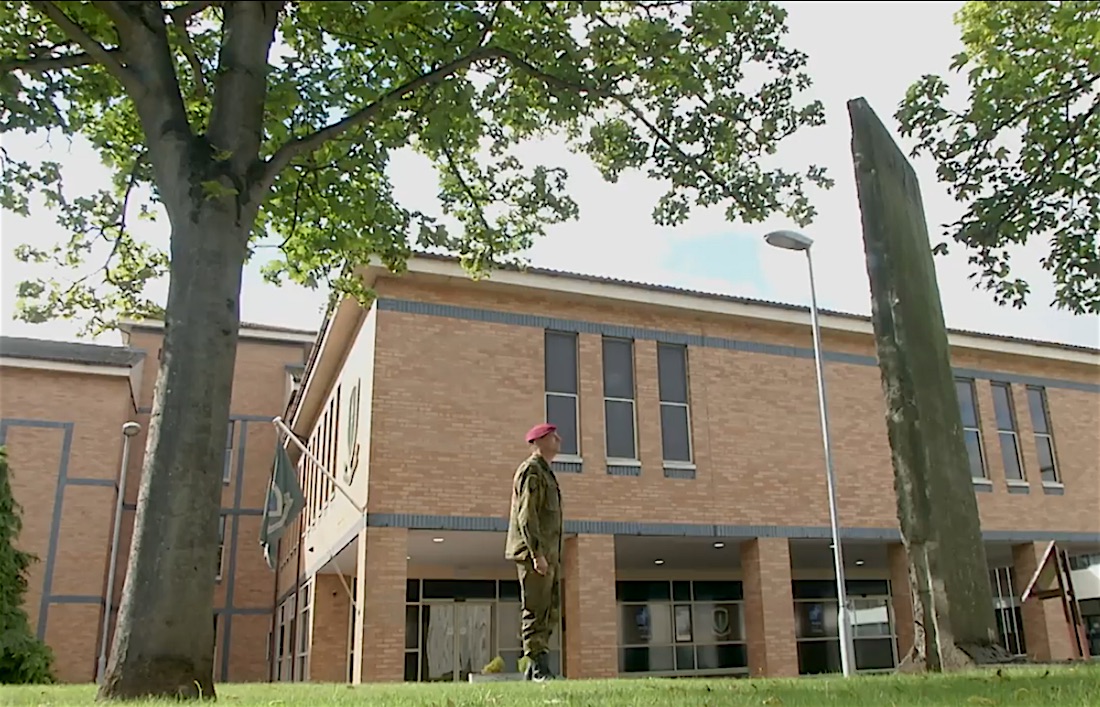 Location: opposite of the entrance to the ARRC’s headquarters/Imjin Barracks

1 segment (probably from the British Sector)

This segment of the Berlin Wall was set up in Gloucester by the Allied Rapid Reaction Corps (ARRC) to remind of the Iron Curtain and the division of Germany and Europe.

“It is appropriate that this symbol of the Cold War should sit outside the NATO headquarters given the ARRC’s German history – and not least because Gloucester today is home to the largest contingent of German troops based in the U.K.,” writes the ARRC on its website.

Previously, this segment was located at the Joint Headquarters (JHQ) of British and NATO forces in Rheindahlen, North Rhine-Westphalia. The ARRC was stationed on this military base until 2010.

When the ARRC was relocated from Germany to the south-west of England in the early 2010s, the wall segment was part of the removal goods and was set up at the Imjin Barracks.

Photo above and background:
© Still from YouTube-Clip