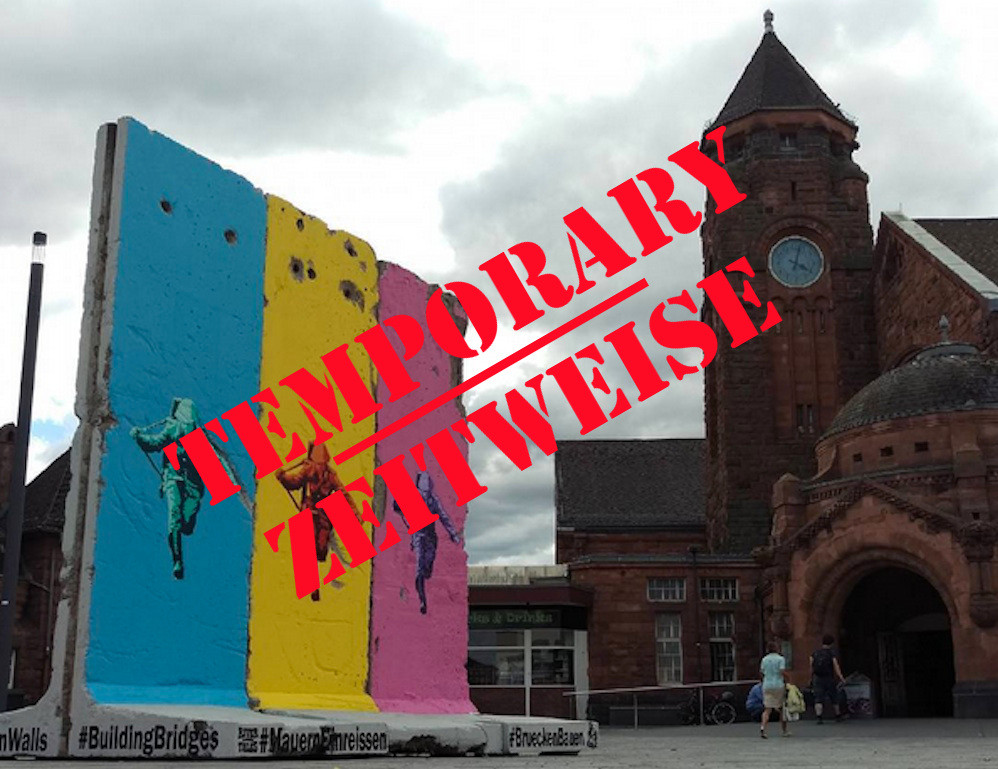 Walls between nations, cultures and in people’s minds: the artists collective 3Steps from Giessen makes real walls visible in order to bring them down. Three segments of the Berlin Wall were used in summer/autumn 2015 as a canvas for 3Steps’ acitivities, temporary art installations and performances.

Giessen itself plays a key role: Since World War II, Giessen has been a transit hub and destination for numerous refugees. From 1946 Giessen was destination for displaced people, in the 1950s refugees arrived from the Soviet occupied zone. In the 1960s Giessen was first stop for emigrated GDR citizens. In 1989, initially Giessen gave shelter to GDR citizens, who fled via Hungary, and later to legal emigrants from GDR. Today, Giessen is Hesse’s central reception center for refugees.