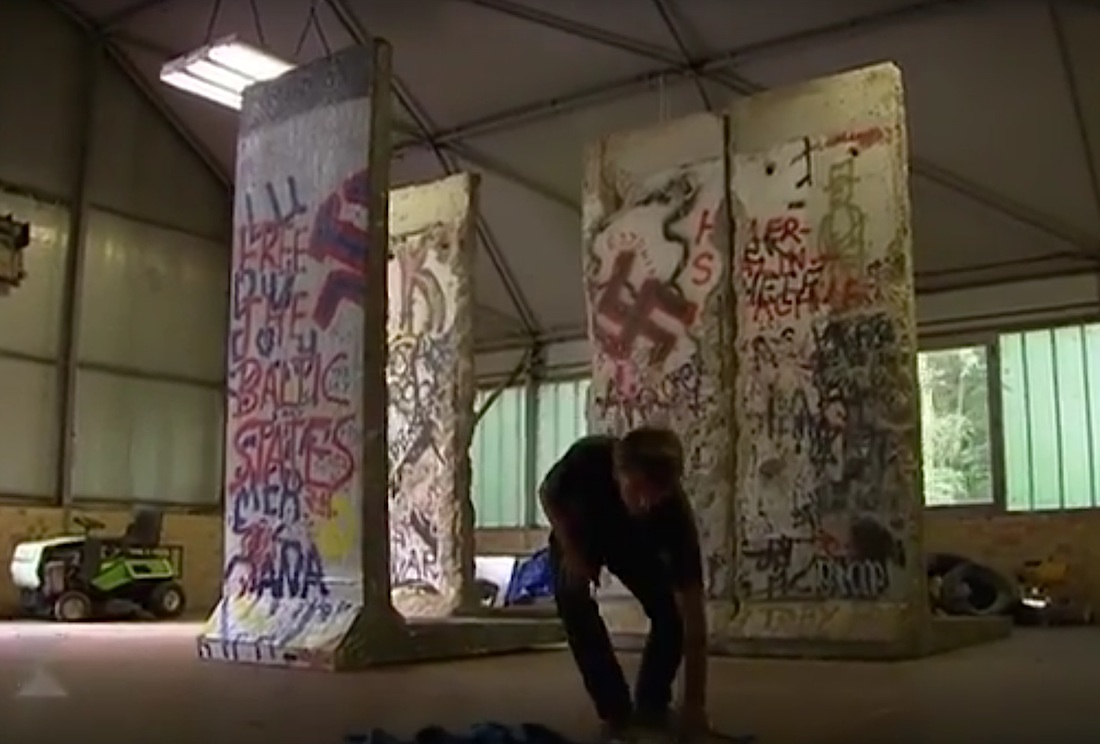 4 segments from Potsdamer Platz (plus 1 replica)

Four segments from Potsdamer Platz (from which the very first section of the Wall was removed in 1989) are now in a warehouse in Fürstenberg/Havel, north of Berlin. Hans-Martin Fleischer, who was a student in Berlin then when the Wall came down, has acquired these pieces for 46,000 DM.

As at many other places too, these segments were a canvas for political statements. The first cut in the Berlin Wall was made precisely between hammer and sickle and a swastika, enhanced with the writing “Free the Baltic States” – a graffito meant as protest against the annexation of the Baltic States in the course of the Hitler-Stalin pact from August 23, 1939. (Fleischer)

Fleischer has rebuild the (sadly) shredded segment from styrofoam and is displaying it all over Europe. The Wall, which is no longer a wall, is a reminder of the division of Berlin and also its non-violent overcoming. The peaceful overcoming of the German and European division is by far the most positive event in history for a long time. Perhaps the Berlin Wall, as a universal symbol of peace, is today more important than ever. (Fleischer/Facebook)

The Smithsonian magazin has some photos of the break through, taken in November 1989 in Berlin (photos no. 5+6 in the gallery on top of the site).

Photo above and background:
Still from “Wo ist die Mauer – where is the Wall?”, TV Doku 2009. Courtesy by © berlin producers