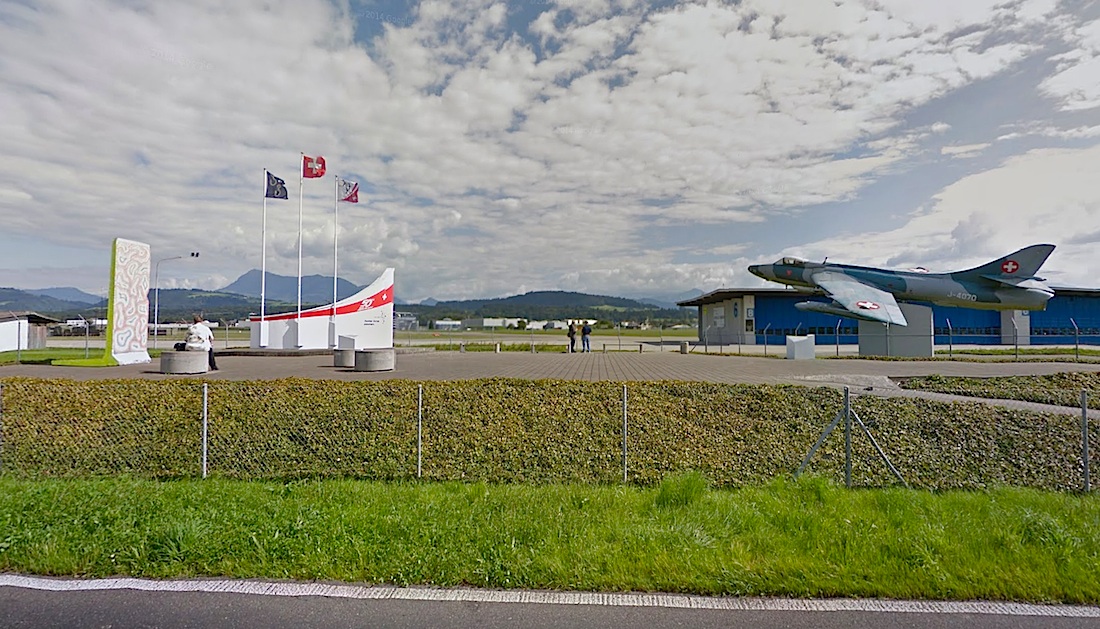 The military airfield Emmen is the homebase of Patrouille Suisse the jet aerobatic team of the Suisse Airforce. With its precision, it is a major attraction on aviation shows throughout Europe.

In 2010, they impressed the visitors of the Internationale Luft- und Raumfahrtausstellung in Berlin (ILA). In thanks, the organizers came up with a special idea. They gave the aerobatic team a segment of the Berlin Wall. The hand-over ceremony was attended by Raimund Hoch, CEO of Messe Berlin, Oberst i Gst Jörg Köhler, defense attaché to the Suisse Embassy, the Patrouille Suisse-Team and its Emmen ground crew.
The mural “Formation” was created by Berlin based artist Jakob Wagner. It pays homage to the acrobatics of the pilots. Afterwards, the Wall segment was temporary set up at the entrance of the Suisse embassy in Berlin as a memorial of peace; as the US embassy did before. (Source/© Suisse Army/Airforce Airfield Command Emmen)

Finally, the segment was set up on the airfield Emmen at the audience area.

Photo above and background:
© Screenshot Google/StreetView