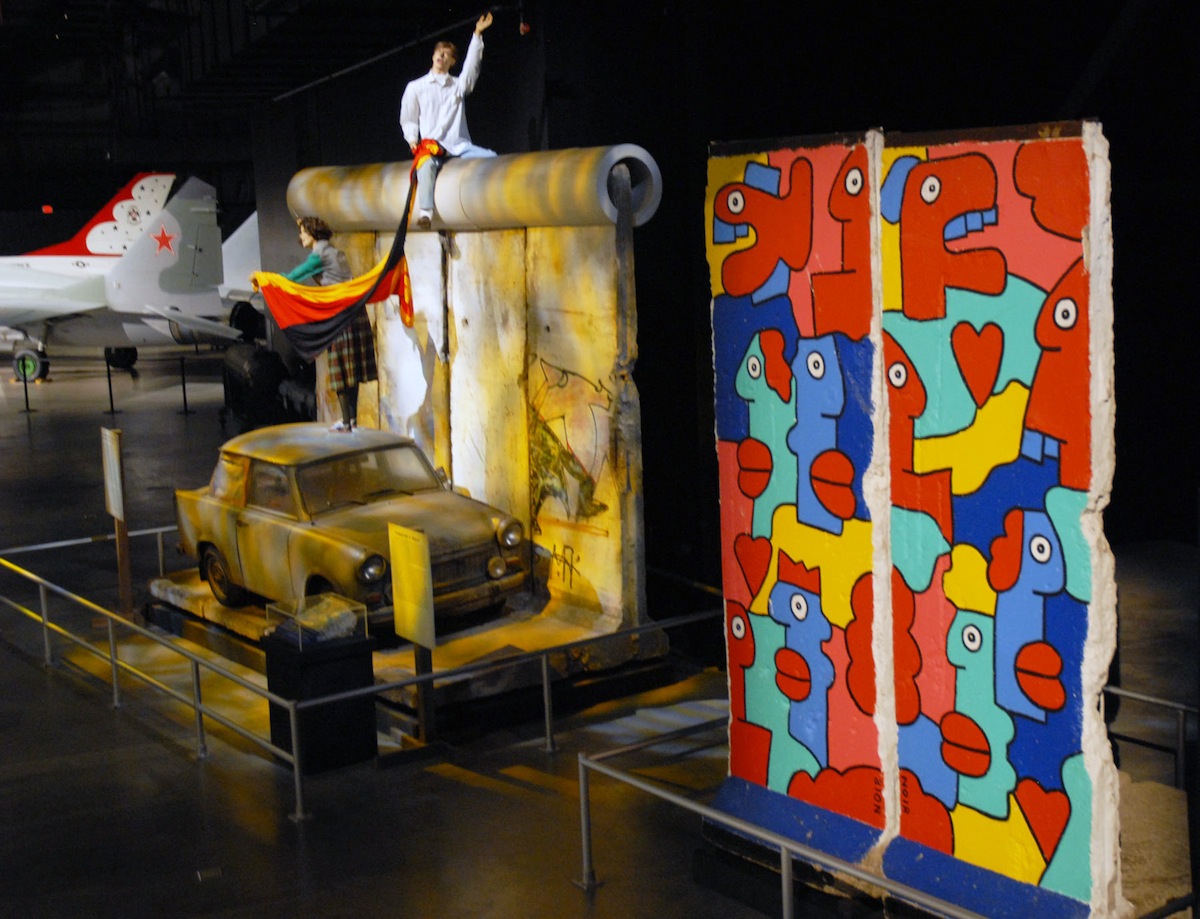 Four Wall segments from Frankfurt (Airlift Memorial at the Rhine-Main Base) in exchange for two transport aircrafts from Dayton. Responsible for the Air Force Museum was Lt. Gen. William J. Fröhlich, Assistant Vice Chief of Staff, headquarters, US Air Force.

The Graffiti by Thierry Noir were not painted on the original site of the Wall. Noir has painted his distinctive heads specifically for the US Air Force Museum afterwards.

Photo above and background:
© by National Museum of the US Air Force