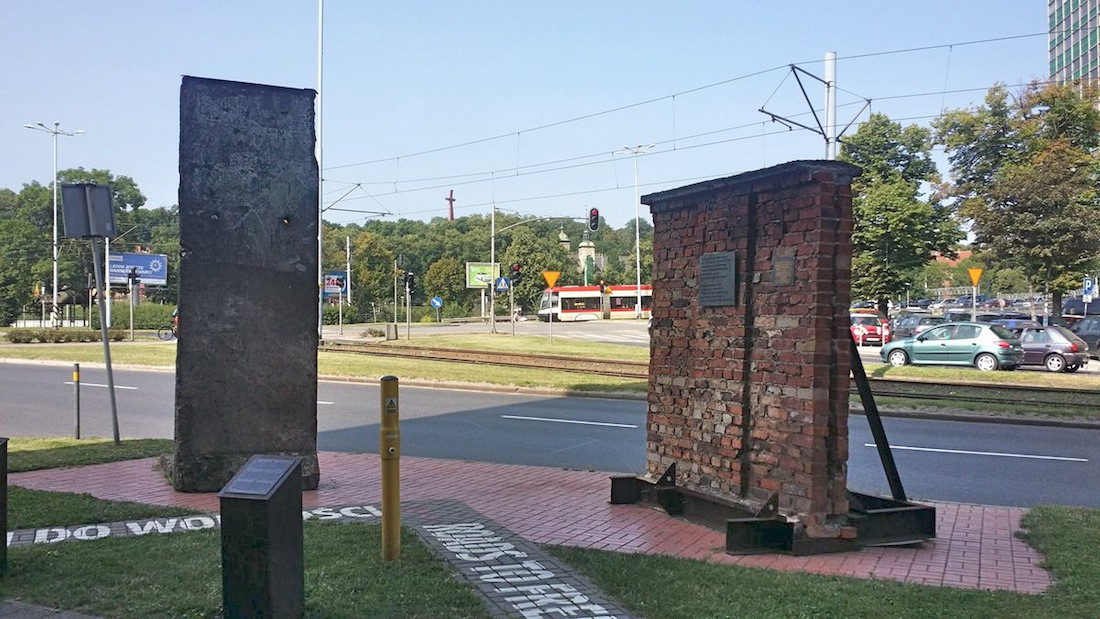 The Polish labour movement Solidarnos was model for numerous civil and human rights movements in the former Eastern Bloc. In 1980 with the Gdansk Convention, the movement became an official labour union and paved the way for the end of the communism in Poland.

In August 2000, the Berlin governing mayor Eberhard Diepgen donated a Wall segment at the ceremonies of the 20th anniversary of the Polish labour union. Initially, the slab was displayed in the exhibition centre of the former Lenin shipyard, later moved just outside the gates of the now called Gdansk shipyard. Now it is front of Solidarnos Gdansk offices.

The brick wall originates from the former shipyard from which Lech Walesa encouraged the workers to protest.