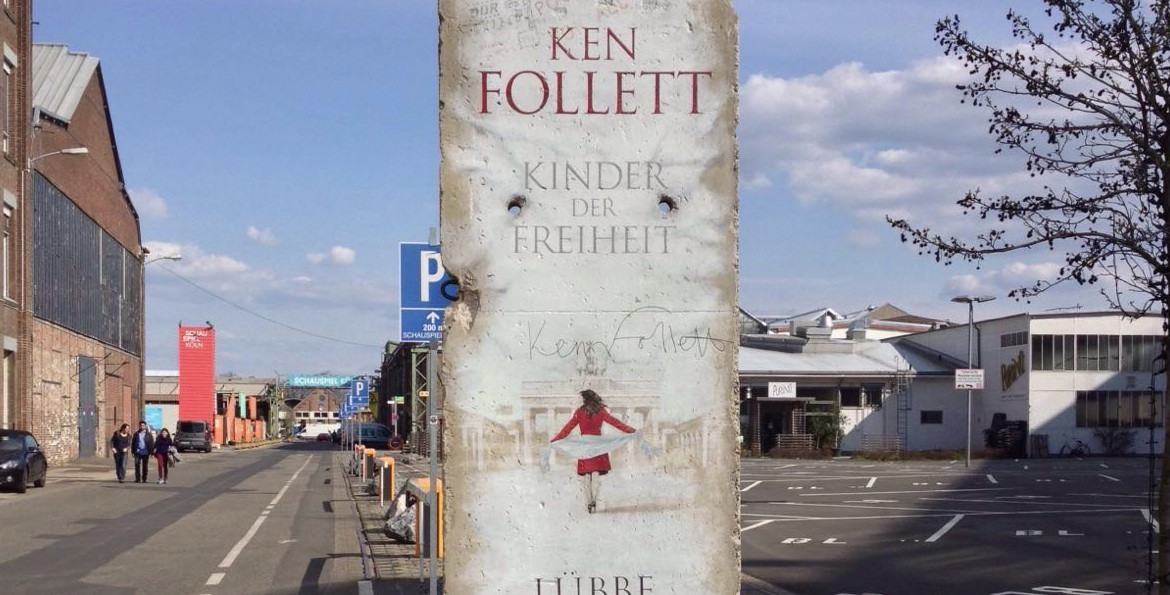 For more than 100 year cables and wires of all kinds were manufactured in the Carlswerk. As of 2007, the site was converted into a mixture of office, commercial and service area and is now the creative hotspot of the Rhine metropolis.

At the core of the building area, the former copper smelter, the Bastei-Luebbe Verlag resides since 2010. In November 2014 on the occasion of a book launch, a Wall segment was revealed by Ken Follet, whose novel Edge of Eternity/Kinder der Freiheit is set in the Cold War. It is (yet) unknown, whether the Wall segment will stay. Additional information can be uploaded directly to this page via a comment.

Photo above and background:
© by Anton Hofstetter, 2015