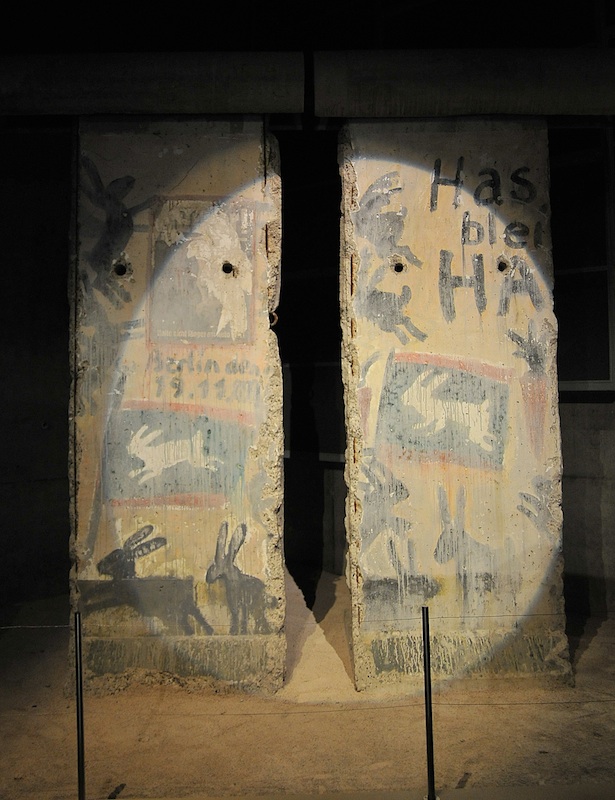 2 segments from the sector between Potsdamer Platz and Leipziger Straße

In a truck loaded with two tons of paint and painting tools, the French artist Daniel Boulogne set off from Paris in November 1989. Destination: Berlin, to support the Artists Union of the GDR, who wanted to paint the East side of the Wall, the side towards the former death strip. Unfortunately it took a few trials and tribulations to get there.

A few weeks later the demolition of the Berlin Wall began. Boulogne had two segments to transport to France and donated them to the Mémorial de Caen, where they are to be seen in the exhibition area on the Cold War along with other exhibits. The graffito Hase bleibt Hase (rabbit remains rabbit) came from the East Berlin Wall artist Manfred Butzmann, who took part in the Wall art event with Boulogne in East Berlin.

Photo above and background:
© by Sebastién Magaud. Licensed under CC BY-NC-SA 2.0