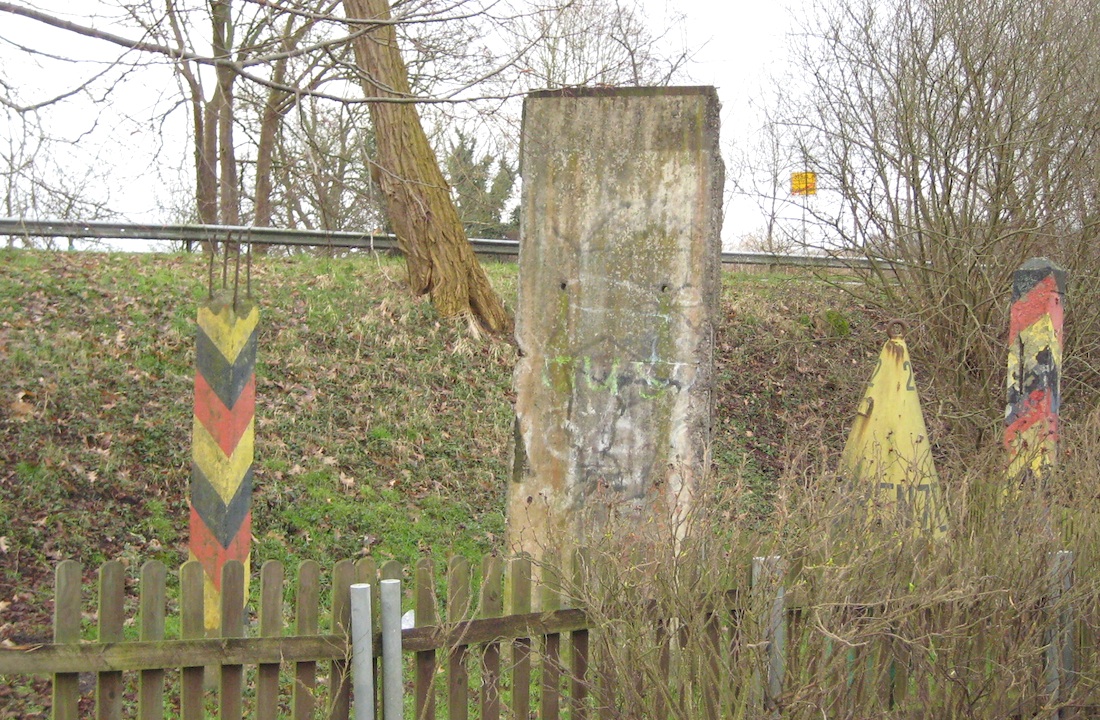 The segment was donated in 1994 by the tank bataillon 164 of the Bundeswehr, when the tank brigade 16 from Lauenburg was dissolved. The bataillon was involved in the dismanteling of the Berlin Wall in 1990.

The railway station Buechen was a border station to the GDR along the line Hamburg-Berlin with an important freight handling capacity of inner-German commodity trading. In the 1950s more than 250,000 late repatriates and late returnees from Eastern Europe entered the Federal Republic of Germany via Buechen.

In 1976, Michael Gartenschläger was shot at the nearby border while he was trying to dismantle an automatic firing device (SM 70) at the border fence at Bröthen.

This segment reminds the German division and is part of a permanent exhibition by the Priesterkate Büchen, a cultural center and café, which addresses i.a. school classes, future generations. The former mayor Günter Mund, the former Lieutenant Colonel Michael Güntner and Dr. Heinz Bohlmann were engaged in the installation of the Wall segment. (Text: Bohlmann)