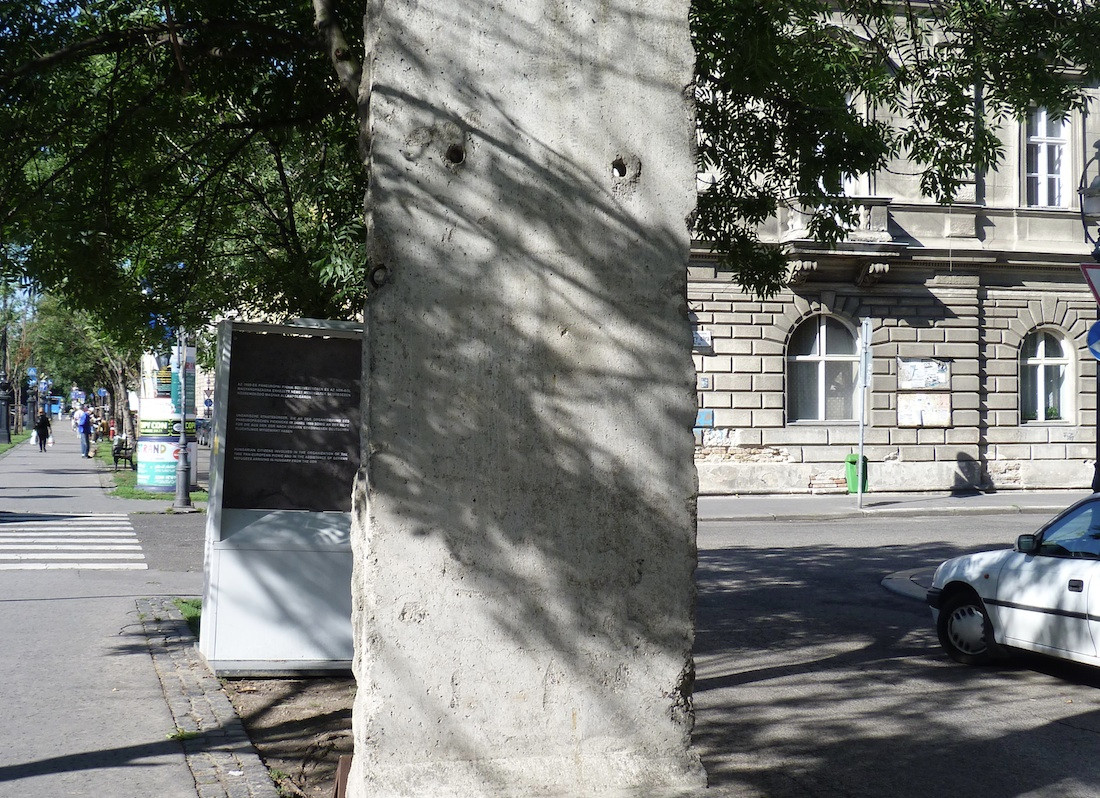 Since November 2010, a Wall segment is standing in front of the House of Terror in Budapest as a memorial memorial for breaking down walls and overcoming borders.

The House of Terror is dedicated to the victims of totalitarian rule. The building has a memorable past: 1880 initially built as a residence, it was occupied in 1937 by the Arrow Cruisers, the Hungarian fascist movement that came to power with support of the Nazis in 1944. The basement was used by the Arrow Cruisers as prison and torture cellar.

After the war, the Hungarian Secret Service took over the building and used the basement in the same way.

In 1956 strong social protests formed against the Stalinistic government, demanding freedom of opinion and press, free elections and independence from the Soviet Union. In the course of the popular uprising, which had spread throughout the country during the year, the new-appointed Prime Minister Nagy dissolved the intelligence service in October. In November Nagy announced the neutrality of Hungary and the withdrawal from the Warsaw Treaty. Soviet troops were to be withdrawn from Hungary. Soviet armored units then attacked the insurrection. According to official figures 2,500 Hungarians and 700 Soviet soldiers were killed. More than 200,000 Hungarians fled their homeland, many of them without ever returning.

After the uprisings of 1956 and its bloody end, the building was used as an office building until finally it was converted into a museum in 2002.