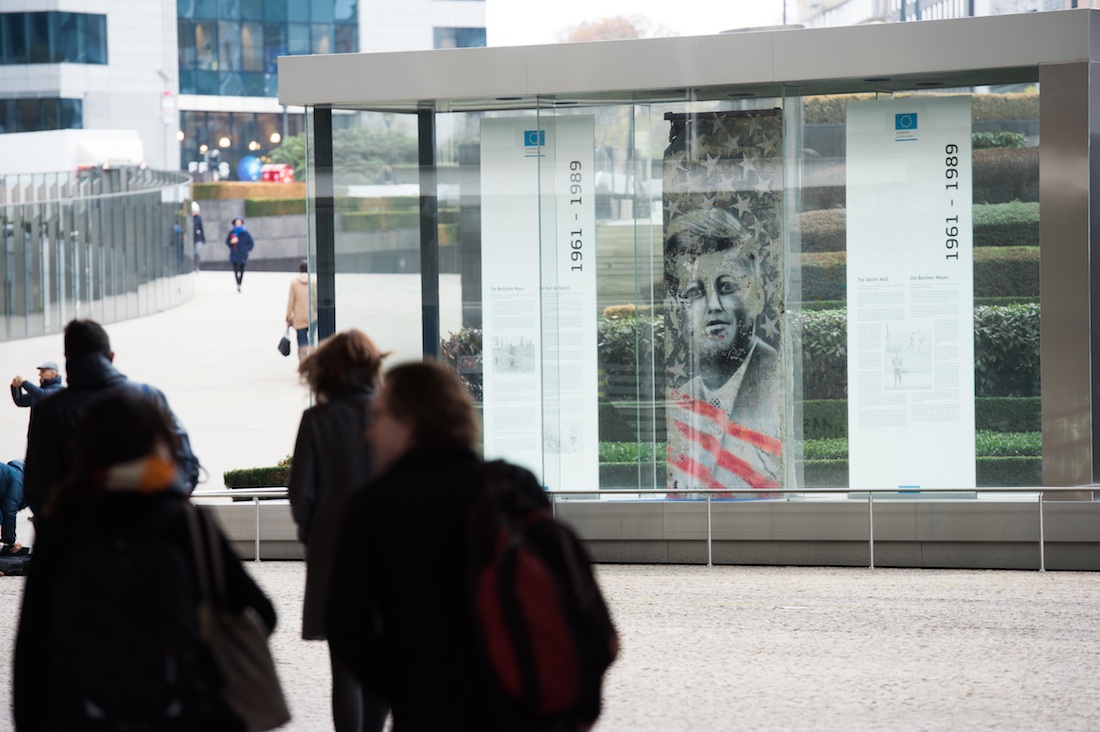 Location: in front of the Berlaymont building

To commemorate the fall of the Wall and the German reunification 25 years ago, a piece of the Berlin Wall, the Kennedy piece, was set up in front of the Berlaymont building, European Commission’s headquarter, on November 9, 2015. Also it shall remind, that a peaceful turn wouldn’t have been possible without a united Europe.

Previously, since 2009, this segment stood at Place du Luxembourg. Since 2012, it belongs to the European Commission and was restaurated in the meantime. Now it is weather protected.

Not far from this one is another Berlin Wall segment, in the Parc Leopold. Also at the European Parliament.

The Wall Net > The Berlin Wall in... > Europe > Belgium > Brussels, B – European Commission