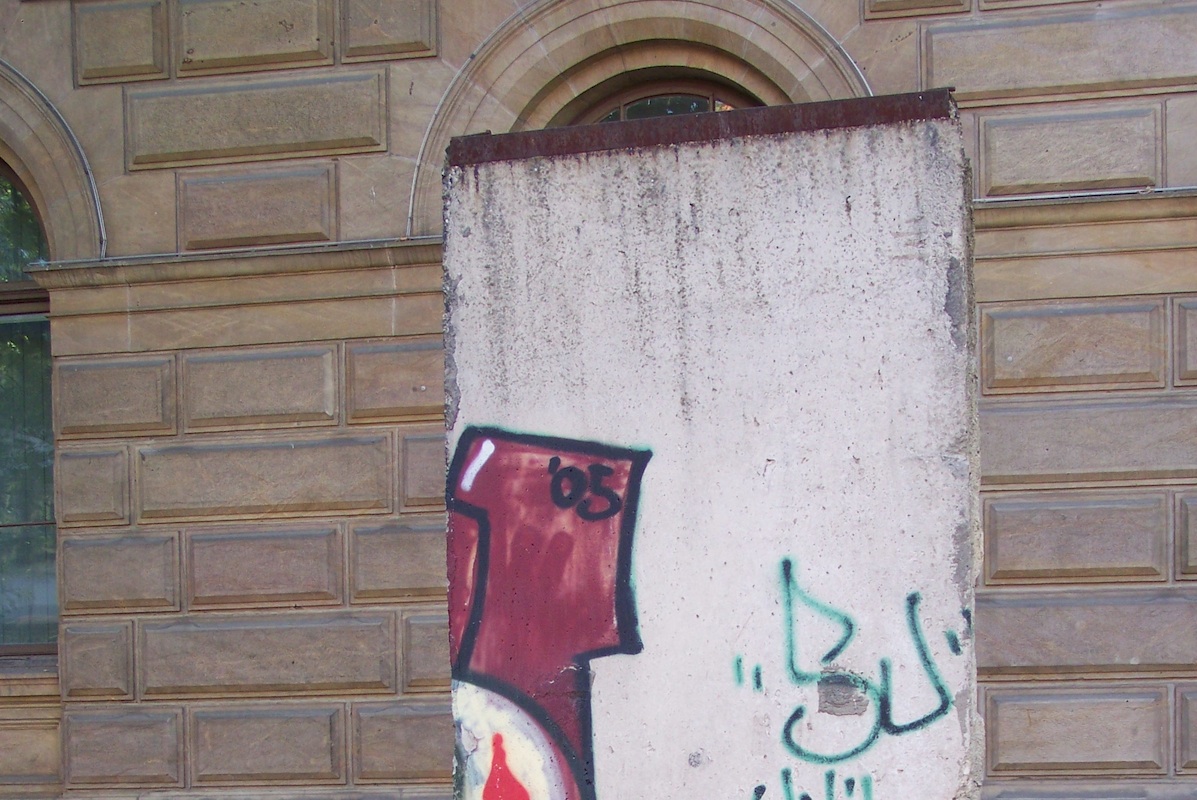 On the occasion of the 20th anniversary of the fall of the Wall, the Axel Springer SE donated a segment of the Berlin Wall to each federal state of the FRG. Lower-Saxony has erected its segment in Braunschweig on the Platz der Deutschen Einheit (German Reunification Square)  in November 2009. Located in the former Zonenrandgebiet, the inner-German border has been a bitter reality for decades, explained Gert Hoffmann, former Lord Mayor of the City of Braunschweig.

A year later, on the 20th anniversary of the reunification, the segment was enhanced with a plaque showing a quote from a speech, that Richard von Weizsäcker gave at the German reunification’s act of state in 1990: “Our unity was forced upon no one, but agreed peacefully. It is part of a pan-European historical process, aming at the freedom of the peoples and a new order of peace on our continent. We Germans want to serve this goal. Our reunification is dedicated to it.”

Photo above and background:
© by Holger Baschleben. Licensed under CC BY 2.0